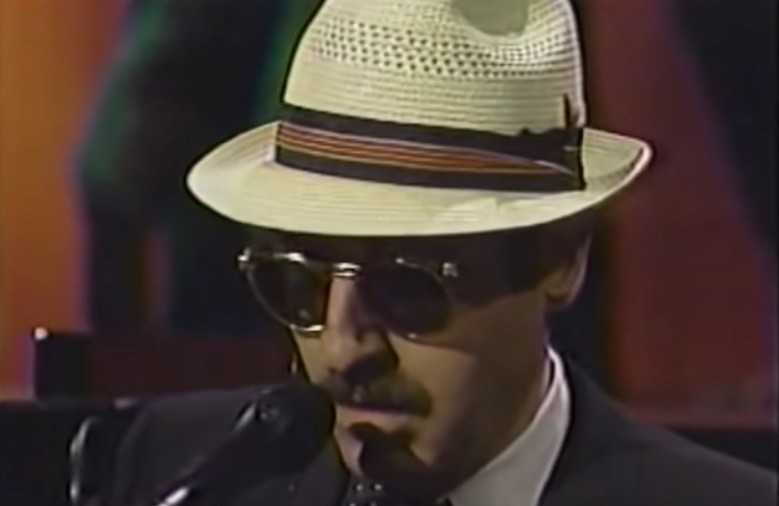 The singer’s death from undisclosed causes was confirmed by his family, who wrote a remembrance of the enigmatic song interpreter who retired from performing in 2015 after releasing 16 albums during an eclectic 40-year career.

“It is with heavy hearts we announce that early this morning, May 30th 2019, Leon Redbone crossed the delta for that beautiful shore at the age of 127,” read the statement, which channeled the same whimsical air that Redbone portrayed in his jester musical persona. “He departed our world with his guitar, his trusty companion Rover, and a simple tip of his hat. He’s interested to see what Blind Blake, Emmett, and Jelly Roll have been up to in his absence, and has plans for a rousing sing along number with Sári Barabás. An eternity of pouring through texts in the Library of Ashurbanipal will be a welcome repose, perhaps followed by a shot or two of whiskey with Lee Morse, and some long overdue discussions with his favorite Uncle, Suppiluliuma I of the Hittites. To his fans, friends, and loving family who have already been missing him so in this realm he says, ‘Oh behave yourselves. Thank you…. and good evening everybody.'”

Over the course of more than a dozen albums, Redbone took a deep dive into his love of all things jazz, country, ragtime, blues and vaudeville, reaching back to a bygone era of the 1920s and ’30s through his natty onstage attire — which invariably included his ever-present white Panama hat, matching suit and dark shades — on songs such as the whistle-assisted, taking-its-time jazz ramble “Lazybones” from his 1975 debut, On the Track.

Like the majority of his albums, Track featured a mix of songs from such legendary jazz, country and blues performers and songwriters as Jimmie Rodgers (“Sweet Mama Hurry Home or I’ll Be Gone”), Fats Waller (“Ain’t Misbehavin'”), Irving Berlin (“My Walking Stick”) and traditional standards (“Polly Wolly Doodle”), all sung in his laconic baritone and accompanied by finger-picked acoustic guitar.

Redbone’s old timey arrangements and love for a bygone musical era was infectious, drawing in a host of famous and respected musicians as accompanists, including legendary session drummer Steve Gadd and Dean of Jazz Bass Players Milt Hinton on his debut, and, on his 1977 Double Time album “American Pie” singer Don McLean on banjo and saxophonist Yusef Lateef (“Mississippi Delta Blues”), “Dueling Banjos” player Eric Weissberg (banjo on “Shine on Harvest Moon”) and the Dixie Hummingbirds vocal group (“If We Never Meet Again This Side of Heaven”).

Despite seeming perpetually out of time, Redbone’s singular style shone through even in the midst of the heady rock of the mid 1970s, with two guest musical appearances in the debut 1975-76 season of Saturday Night Live (and again in 1977 and 1983) as well as multiple Tonight Show spots. Perpetually in his own lane, Redbone preferred to keep the details of his backstory something of a mystery, emerging from the Toronto folk scene in the early 1970s and breaking through in 1972 when, according to an official bio, Bob Dylan “discovered” him at the 1972 Mariposa Folk Festival in Orillia, Ontario.

In keeping with his mysterious persona, Redbone’s debut didn’t feature any pictures of the artist, instead an illustration of the Michigan J. Frog cartoon character by Warner Bros. animator Chuck Jones.

By the time of his fourth album, 1981’s From Branch to Branch, Redbone began including some of his own compositions, but he is perhaps best known by modern audiences for his duet with Zooey Deschanel on the the Christmas classic “Baby, It’s Cold Outside” from Will Ferrell’s 2003 comedy smash Elf, in which he provided the voice of the animated character Leon the Snowman. He also wrote the theme songs to the TV sitcoms Mr. Belvedere and Harry and the Hendersons and playing a quirky guitar player on Life Goes On.

His final studio album of new material was 2014’s Flying By on his own August Records imprint, with fan Jack White re-releasing Redbone’s 1975 Warner Bros. debut album and the pre-fame collections of unheard tracks Long Way From Home in 2016. “I don’t do anything mysterious on purpose,” Redbone once said about why he nevery directly answered questions about his age, origin or family background. “I’m less than forthcoming, but that doesn’t necessarily mean I’m mysterious. It just means I’m not inclined to go there.”