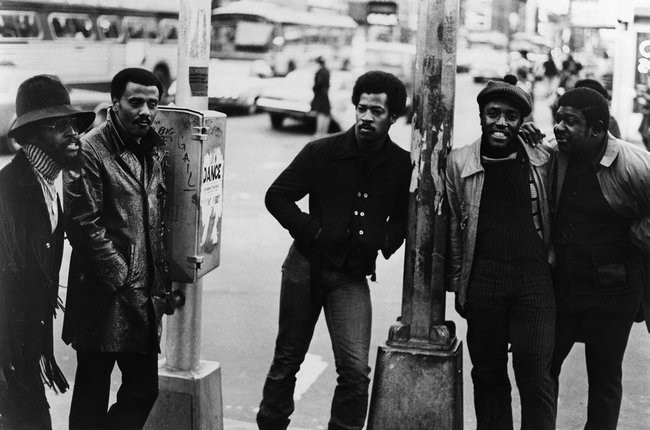 A Brooklyn a cappella group known for its five part harmonies is suing five record labels for millions of dollars in damages in New York Supreme court claiming they failed to pay them royalties for more than 48 years. The surviving members of The Persuasions and the retrospective estates of the deceased members are suing Warner Music Group, Universal Music Group, Capitol Records, Sony/ATV and Concord Music Group alleging they failed to pay royalties for their records and songs.

The Persuasions — Jerry Lawson, Jayotis Washington, Raymond Sanders, James “Bro” Caldon Hayes, Herbert “Tuobo” Rhoad and Jesse “Sweet Joe” Russell — released 26 albums and toured across the country and oversees and performed at times with Stevie Wonder, Lou Reed, Van Morrison and Gladys Knight. Bruce Springsteen even opened once for the group, according to the lawsuit. Even still, the group “lived close to the poverty line at the height of their fame, despite being world famous,” according to the lawsuit.

While they made money touring, the The Persuasions contend they were never paid royalties from album sales in record stores, on Spotify, iTunes, Amazon or any other outlet from 1971 to date. One of their songs, “Good Times,” was featured in an Under Armour commercial and was sampled in Jamie xx’s 2015 Young Thug and Popcaan-featuring single “I Know There’s Gonna Be (Good Times),” which was also licensed for an Apple iPhone 6 ad. (The Persuasions’ lead singer Lawson sued Apple for using his voice in the commercial without his permission alleging the tech giant violated his right of publicity under California law and eventually settled.) While three members of the group — Hayes, Tuobo, and Sweet Joe have died — their estates and surviving members said that none of them have received money owed by the labels. They contend that at no time did they sign away their intellectual property rights and additionally that some of the members of the group could not even read and write.

“They never paid my clients any of the money,” says attorney Larry Zerner, who represents the group. “We asked them for the contract. We said we are not getting paid. You are licensing these songs. Where is the contract that gives you the basis for that. Do you think you have the right to do that and not pay my clients. We tried to get an answer and we got no response.”

“We are asking to be paid the money that they are owed,” continues Zerner. “We believe we will be able to prove that the damages are millions of dollars.”

Representatives for Warner Music Group, Universal Music Group, Capital Records and Sony/ATV did not respond to requests for comment at time of publishing. Concord Music Group declined to comment.

This article originally appeared on Billboard.com