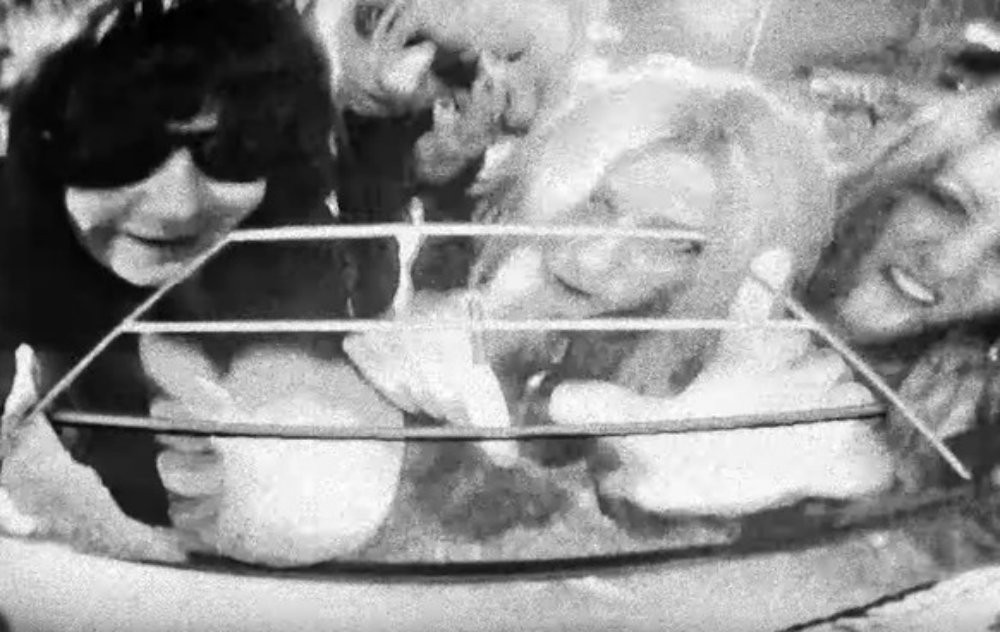 The great Los Angeles hard-rock snarlers L7 have been back for a few years — they first reunited in 2015, after breaking up back in 2001 — but now they really feel like they’re back. Since they first got back together, L7 have dropped a couple of singles and a documentary, and in a few weeks, they’ll release Scatter The Rats, their first full album in 20 years. (Their last was 2009’s Slap-Happy.) In a nice bit of confluence, they’re releasing it on Blackheart Records, the label run by their sneer-stomp ancestor Joan Jett. We’ve already posted the early track “Burn Baby,” and now L7 have shared another single called “Stadium West.”

In the appealingly low-tech video, we see the members of L7 racing around Los Angeles and striking rock-star poses. The editing is fast and the film-stock is corroded, so it looks like some real ’90s 120 Minutes shit, which is to say that it looks like an L7 video. Rob Sheridan directs. Check it out below.

Scatter The Rats is out 5/3 on Blackheart Records.