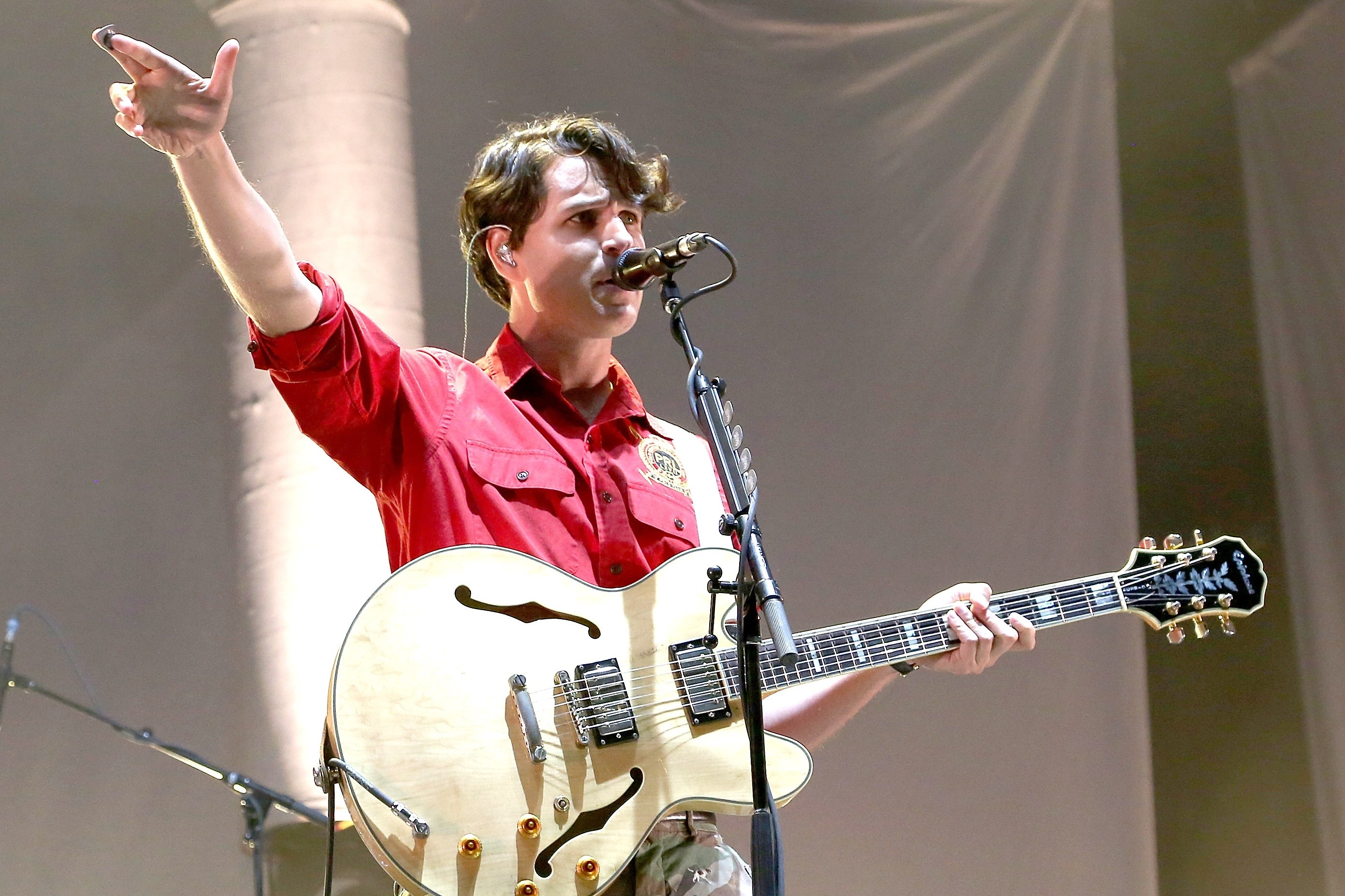 Vampire Weekend have always liked difficult questions. Throughout their discography, amidst the clever love songs and indictments of uptown Manhattan’s social milieu, there’s been a consistent bent toward the philosophical. Ezra Koenig doesn’t write religious music, but those grand ideas often find their way into the lyrics. On Modern Vampires of the City’s “Ya Hey,” Koenig was all but explicit in his search for God. Koenig asked for confirmation, for any sign of assurance from an unknown Other, and expressed his frustration with a question: “But who could ever live that way?”

Vampire Weekend continue to explore that question on “Big Blue,” flirting with their past both lyrically and sonically before pushing into something altogether new and different. At less than two minutes, it’s a concise counter to the decidedly knottier “Sunflower,” but still feels fully-realized. The track opens with floaty arpeggios and intermittent drum machine clicks, and finds Koenig looking back on feelings of safety and certainty. But as he turns to face the present, he asks, “So am I learning my lesson? Or am I back on my own?” Though the title points to a more ambiguous notion of the divine, Ezra’s relationship to it remains more or less the same.

With that expression of doubt, the track explodes into flowery harmonies and detuned guitar licks, shattering the quietude of the introductory verse. “Big Blue” retains the compositional depth that defined Modern Vampires, but trades indie grandeur for surfside dad rock. Koenig has said Father of the Bride takes inspiration from Kacey Musgraves, and though that could just have been the kind of thing artists say in interviews to make their music sound more interesting, you can hear the influences of Musgrave’s psychedelically country Golden Hour in “Big Blue.” “There’s a lot of Vampire Weekend songs that have elegance in terms of baroque chords, arrangement, and interesting turns of phrase,” Koenig told Entertainment Weekly. “But we’ve never had a song as elegant as some of that good country-folk songwriting.”

Positioning himself as a kind of postmodern Jimmy Buffett, Koenig couches his frustration in neo-country bliss, reflecting on the past as he braces for the future. “Big Blue” represents a new take on long-held musical and thematic preoccupations, on the depths of uncertainty and the innumerable ways it seeps into life.