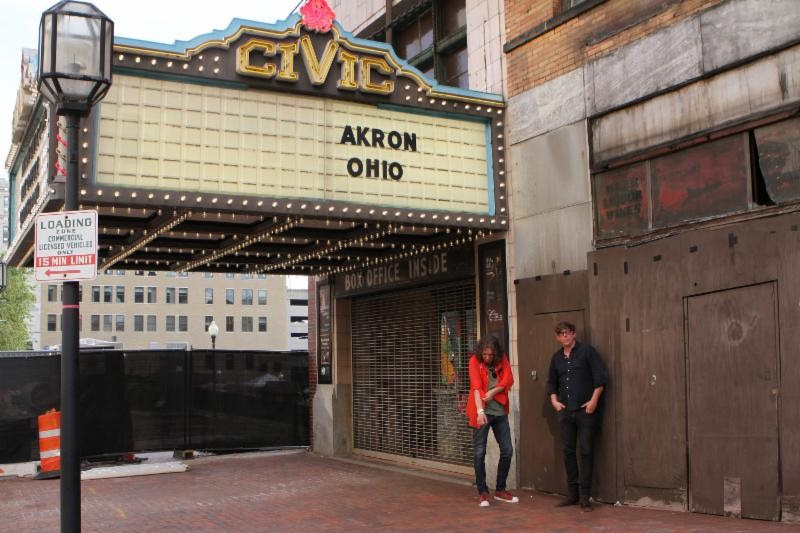 Erstwhile Jack White and Lady Gaga hater and Black Keys member Patrick Carney has a new band, which, like his other very famous band, is also compromised of just two people. It’s called Sad Planets, and pairs the drummer with John Petkovic, who has performed with Death of Samantha, Sweet Apple, Cobra Verde, and Guided by Voices. Petkovic and Carney are both originally from Akron, Ohio, and so their debut album is called Akron, Ohio. (Again, this is a different band from the Black Keys.) The album was recorded in Carney’s studio in Akron, and a press release calls the sessions “a celebration of their friendship,” as well as their home city. It’s out on Tee Pee Records on April 19.

Their first single, “Not of This World,” has a garage rock vibe, with a twist of early Zappa. It’s dressed up with some synthesizer atmosphere courtesy of Carney, who plays a variety of instruments in the band other than the skins. Akron, Ohio will feature an appearance by J Mascis, who plays with Petkovic in Sweet Apple. Listen to “Not of This World” below, and preorder the album here.