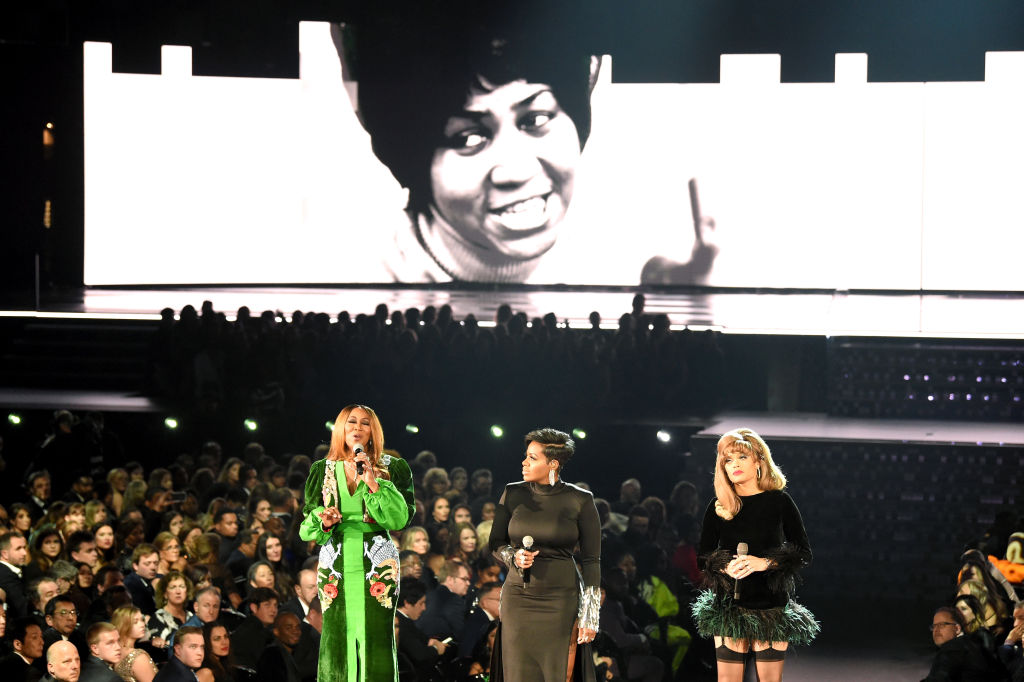 The Recording Academy paid tribute to the late Aretha Franklin with a joint performance by Fantasia Barrino, Yolanda Adams and Andra Day at the 2019 Grammys. Pictures of Franklin were projected across the back of the stage as former American Idol winner Barrino joined Adams and Day for a joint performance of the Carole-King-penned 1967 Franklin hit “(You Make Me Feel Like) A Natural Woman.”

Fantasia was one of the performers at Franklin’s funeral in August, along along with Ariana Grande, Jennifer Hudson, Chaka Khan, and more. Yolanda Adams was also featured in a full Franklin tribute concert called Aretha! A GRAMMY Celebration For The Queen Of Soul, which was filmed on January 13. The special, co-produced by the Recording Academy and Clive Davis and hosted by Tyler Perry, is set to be broadcast on CBS on March 10. It will feature another performance by Adams, as well as Kelly Clarkson, Common, Celine Dion, Jennifer Hudson, Alicia Keys, John Legend, Patti LaBelle, Brandi Carlile, Janelle Monáe, SZA and many more.

Aretha Franklin died on August 16 of last year in Detroit while in hospice care. Read our remembrance of Aretha Franklin’s greatest musical moments here, and watch a clip from the Grammys tribute performance below.