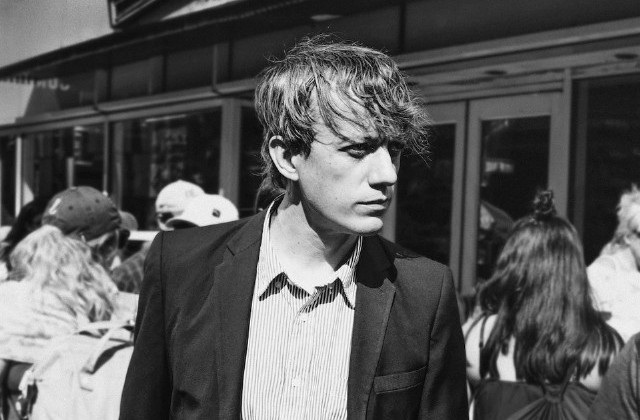 Steve Gunn’s latest solo effort The Unseen in Between has arrived via Matador. The album was announced in October with “New Moon,” a five-minute folk song with shimmering, tremolo-drenched guitars and atmospheric synth pads behind the songwriter’s shaky voice. Since then, he’s released another single titled “Stonehurst Cowboy,” which found Gunn working with Bob Dylan’s bassist Tony Garnier, a recurring contributor on his new album.

In a recent conversation with Gunn, Kim Gordon praised Gunn’s skill as a producer, noting that that’s what initially attracted her to his music. “The production isn’t in the way of it, there’s a certain purity to it,” she told Stereogum. “And I liked [Steve’s] melodies. It reminded me of records I had, but it also didn’t seem nostalgic. It seemed contemporary.”

The release itself follows Bay Head, the latest album from Gunn’s noisy Gunn-Truscinski Duo. Eyes on the Lines, the last album under his given name, was released in 2016 following his 2015 split with Kurt Vile. Hear The Unseen in Between below.