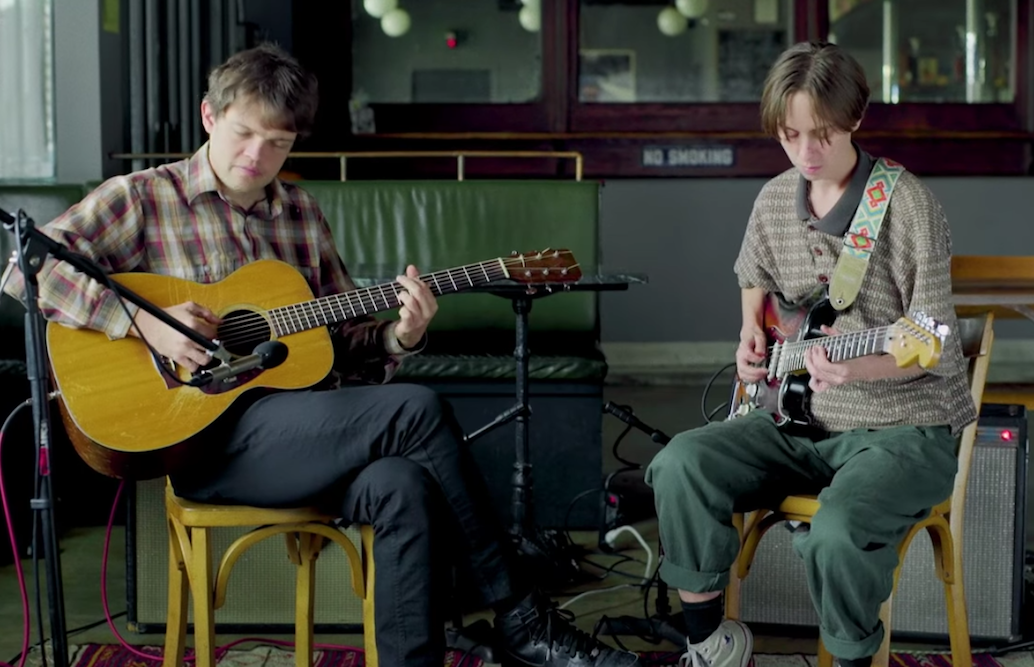 In January, William Tyler will follow his celebrated 2016 album Modern Country with a new one entitled Goes West, the title a nod to the Nashville-rooted guitarist’s own move to Los Angeles. We’ve already heard one track from the new album, the jubilant and polyrhythmic “Fail Safe,” and now Tyler has released another, entitled “Call Me When I’m Breathing Again.”

Tyler made his name as a solo acoustic guitarist in the American Primitive tradition, but lately he’s been equally comfortable leading a full band. And while “Fail Safe” was firmly in the latter side of his oeuvre, “Call Me When I’m Breathing Again” is more like the former. Tyler’s acoustic leads the brief track through a series of emotionally ambiguous changes, with just a glimmer of clean electric guitar accompanying him, bringing the clear-eyed perspective of Modern Country to bear on the stormy meditations of his earlier work.

SPIN’s 7 Favorite Songs of the Week: The Julie Ruin, William Tyler, and More