Home » News » That Scammer Metalhead Says He Might Be Dying

Rolling Stone profiled Jered Eames, the hair band revivalist whose obscure one-man band Threatin went viral last month after its unattended European tour was revealed to be booked under elaborate hoax pretenses including a fake record label, fake concert footage, fake management and PR companies, fake social media followers, and fake event attendees. This is about as good as it gets, as far as expensive ruses go; Rolling Stone even gave Eames a photoshoot. The Missouri-born 29 year-old used his big moment to spin a story involving small-town origins, a deadly heart condition, an estranged brother/former bandmate, an all-in cross-country move with his wife, and deep thoughts on the nature of “human behavior” and “fake news.”

Is any of it true? Who knows! But here are some of the most bewildering quotes from a dude who has spent thousands of dollars to pretend he’s a rock star. We give it three months before James Franco purchases the movie rights.

On breaking up the childhood band he formed with his brother: “He was struggling to keep up, and he was the older brother. I always knew that I was better.”

On contemporary interest in rock music: “There was no way that I was going to get enough attention being a rock artist in 2018, unless I did something to get people to pay attention.” 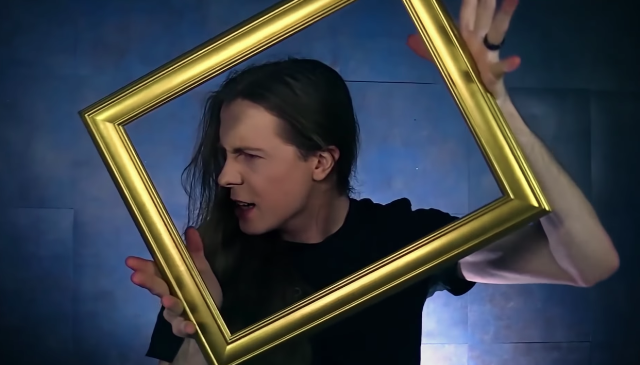 On studying psychology in college: “I’ve always been fascinated with human behavior and marketing, and how you can implant an idea in someone’s mind.”

On discovering he was sick: “This sink was filled with blood. I thought, ‘OK, I’m dead.’”

On seeking professional medical attention: “I’m not going to the fucking doctor. Those people are inadequate. They’re not going to know what they’re doing.”

On his commitment to reviving rock music: “Fuck what other people think. I’m willing to do what it takes to try to bring rock back into the spotlight.”

On fake news: “Fake news is easy to manufacture.”

On his touring band members’ anger over being hired for a hoax: “Do I feel bad that they feel bad? Yes, I wish they would’ve looked at this from a media standpoint.”

On the source of his money: “I’m not some fucking rich kid. All this is, is good money management.”

On whether he’ll reconcile with his brother, whom he hasn’t spoken to in six years: “If it served the [in-progress documentary’s] story and it would be more interesting for there to be a reconciliation, then I’d consider it. Other than that, I have no interest.”

On his commitment to the bit: “It’s a publicity stunt, but the music is very real.”