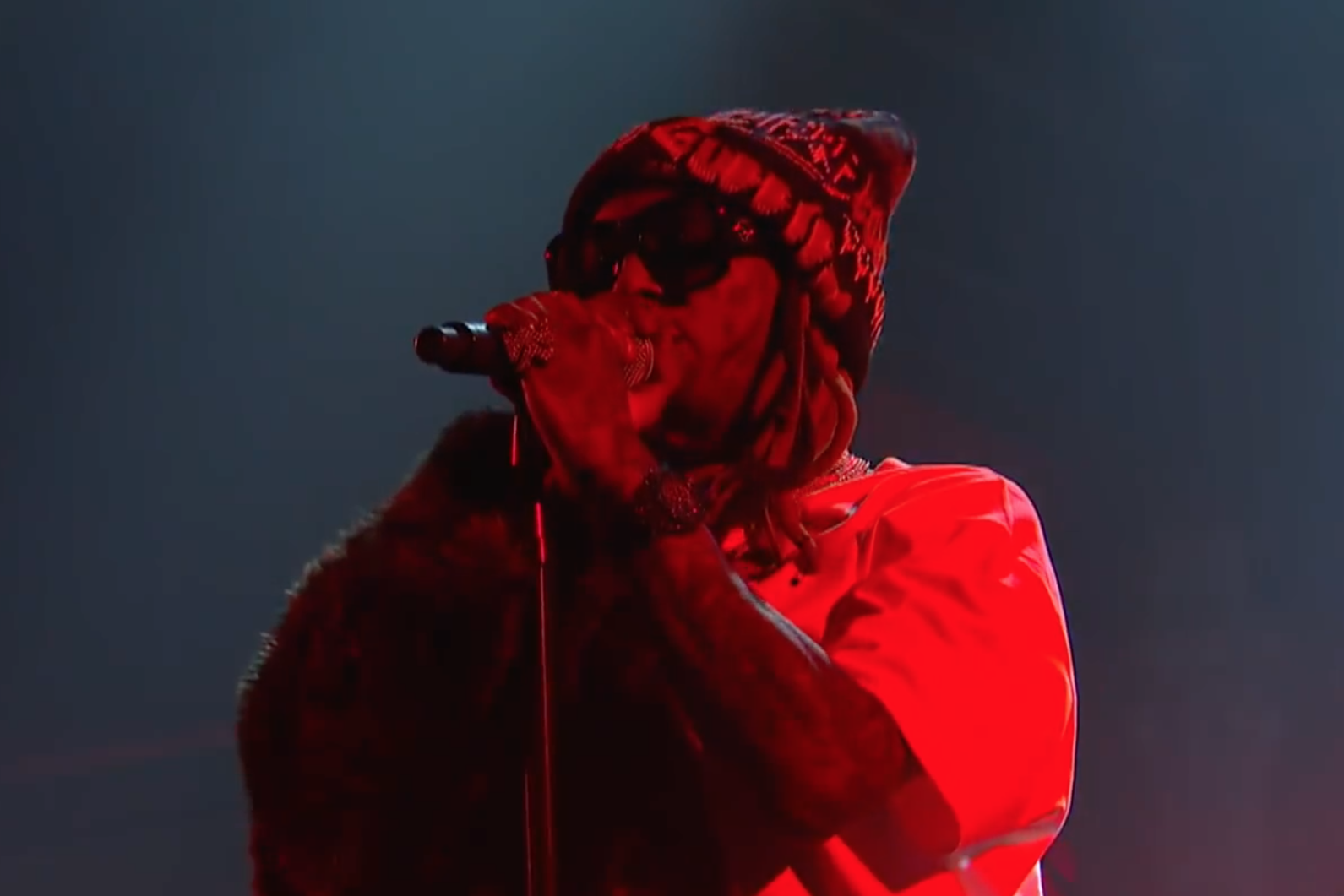 Lil Wayne was the featured performer on last night’s episode of The Late Show with Stephen Colbert. With a sampled vocal assist from the late emo rapper/alleged domestic abuser XXXTentacion, Wayne delivered an emotional rendition of the Tha Carter V track “Don’t Cry.” Toward the end of the song, Wayne says, “I want a triple x-tension on my afterlife, rest in paradise,” as “RIP XXXTentacion” is projected onto the wall behind him.

When Tha Carter V was finally released earlier this year, it marked the start of a new era for Wayne. After years of mediocre mixtapes and ill-conceived ventures into rock music, Wayne returned with an album that, almost impossibly, lived up to the hype. Since the album dropped in September, he’s been making the rounds on late night TV — this Colbert performance follows past renditions of “Can’t Be Broken” and “Uproar” on SNL, as well as “Dedicate” on Fallon. Watch Wayne perform “Don’t Cry” below.