Watch Grimes’ Ominous Performance of “We Appreciate Power” on Fallon 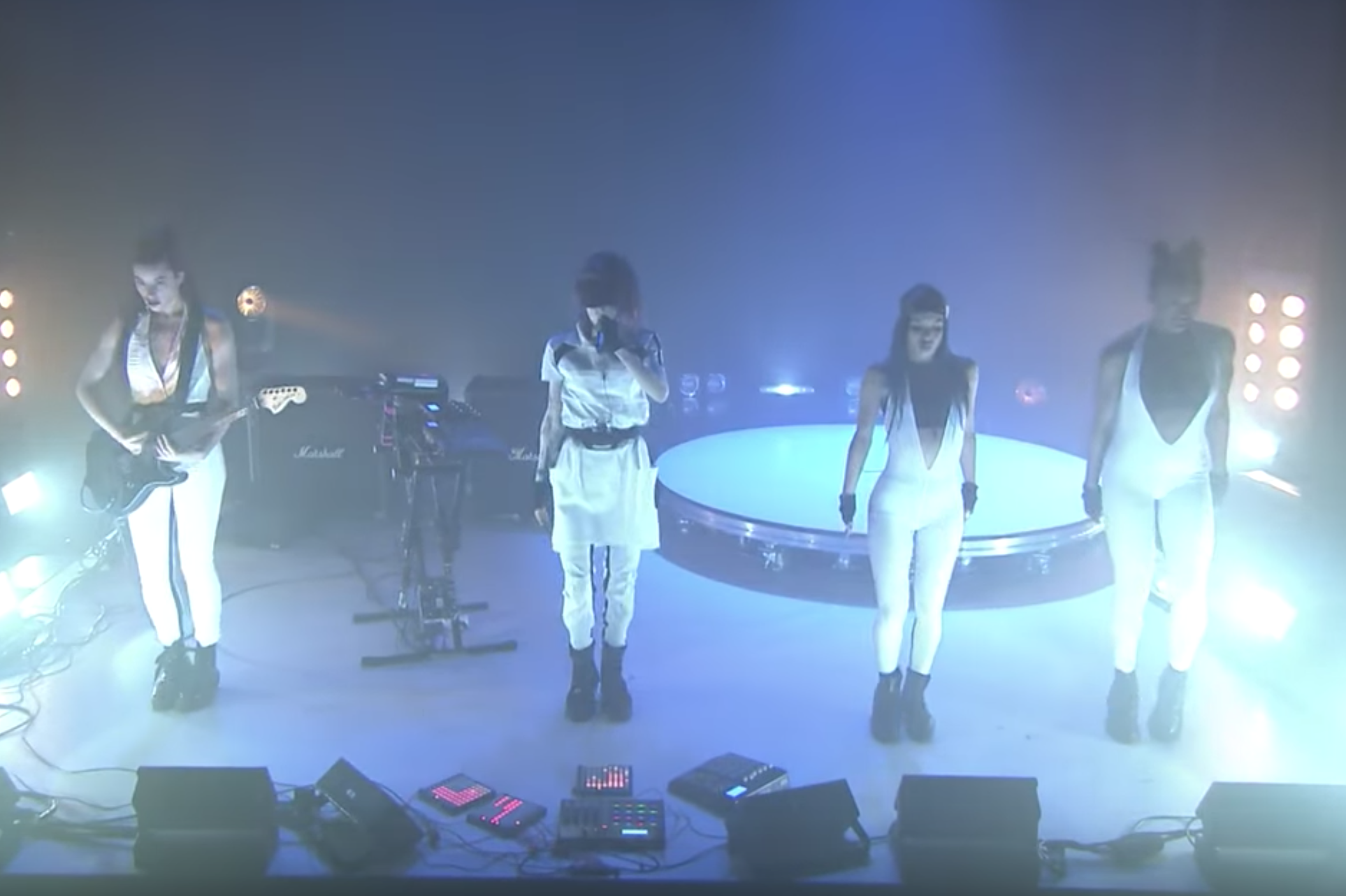 Grimes appeared on The Tonight Show Starring Jimmy Fallon last night to give a live premiere of her new single “We Appreciate Power,” featuring her protege HANA. The performance was appropriately theatrical, considering that Grimes described the song, upon its release in November, as being written from the perspective of a “Pro-A.I. Girl Group Propaganda machine.” With dancers on a rotating platform in the background, Grimes initially sat in shadows at the front of the stage, gingerly triggering samples before moving to another platform at the back of the stage. HANA traded back and forth between guitar and singing. Both were clad in white jumpsuits of sorts, with Grimes’ face shrouded. It was certainly a pretty odd performance on the scale of Fallon performances, but a very suitable visual treatment for the ominous, industrial-influenced track.

Earlier this month, Grimes engaged in a war of words with Poppy, on whose recent single “Play Destroy” Grimes had collaborated. Grimes denied Poppy’s claims that she was “bullied into submission by [Grimes] and her team of self-proclaimed feminists” and that Grimes had attempted to force “songwriters into signing NDA[s] and not taking credit for songs that they were a part of.” “We Appreciate Power” has not yet been tied to any impending Grimes release. Watch her Fallon performance below.