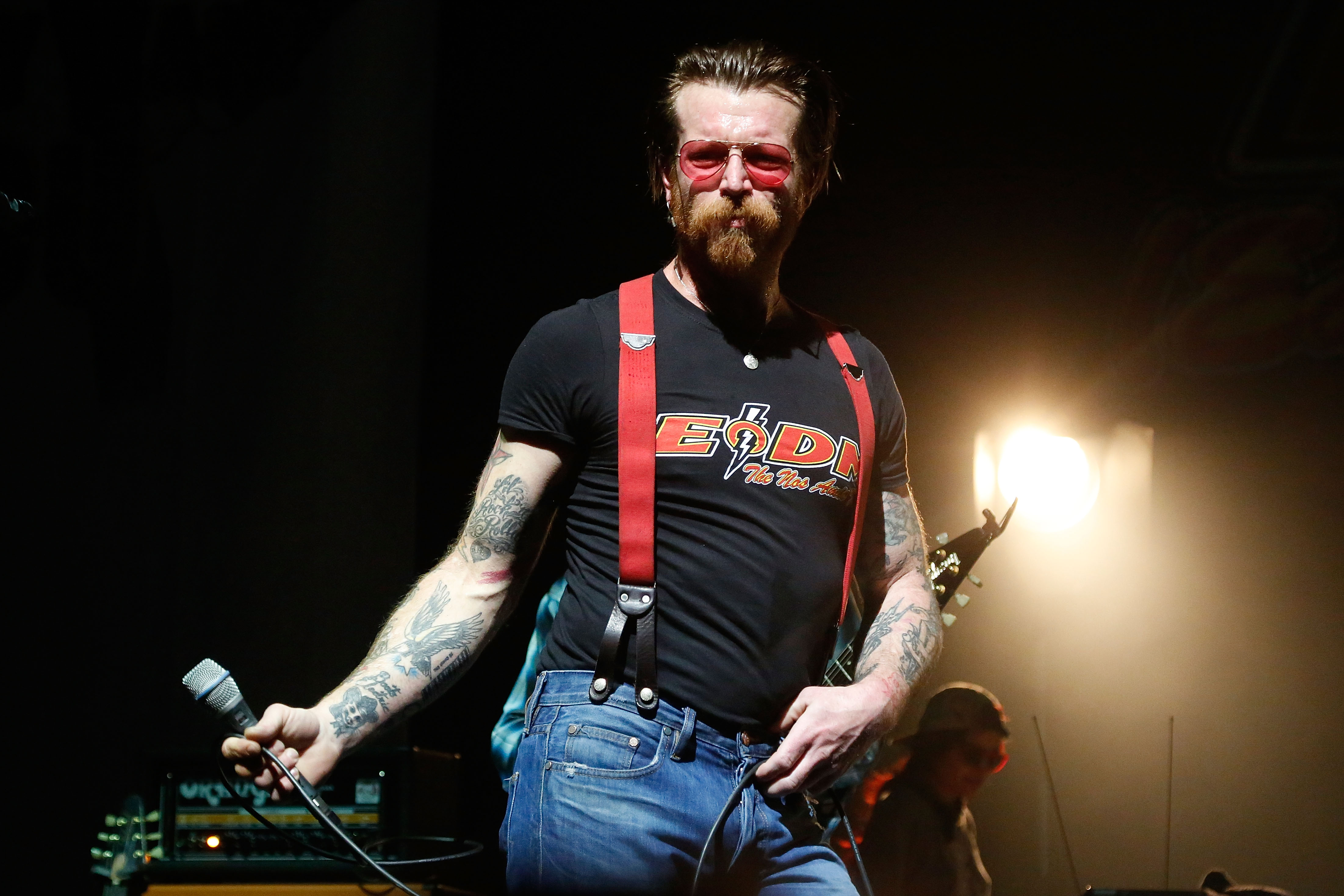 Eagles of Death Metal have announced an upcoming album of covers. Titled Pigeons of Shit Metal in reference to an on-stage diss once directed at the band by Axl Rose, the album includes EoDM covers of songs originally written by the Pixies, the Ramones, the Distillers, AC/DC, Love and Rockets, Queens of the Stone Age, Guns N’ Roses, and more. The limited edition record is a vinyl exclusive, and features artwork by QotSA frontman Josh Homme, with physical copies available in cyan blue, glow-in-the dark green, neon pink, and milky clear spatter, as well as traditional black vinyl. Preorder the album, which is limited to 500 copies, here via Last Hurrah Records.

A very special ⚡ LIMITED EDITION ⚡ vinyl of some classic rock ‘n roll covers by #EODM is now available for pre-order. Cover art by Mr. #BabyDuck himself! Only a few hundred of these puppies are being pressed, so order ‘em while you can…..