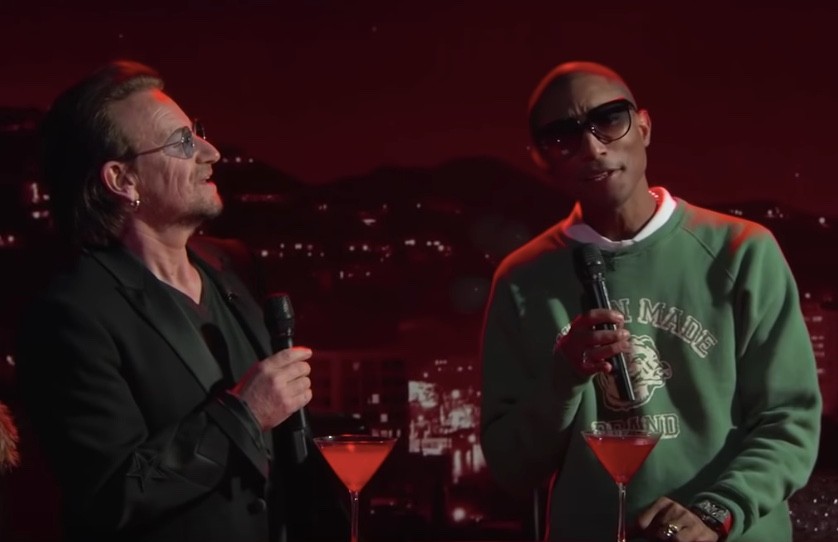 The event also included an interesting (and a little bit confounding) duet between—as Kimmel would put it in his introduction, “two men with no last names”—Bono and Pharrell. The two performed a solemn, jazz lounge rendition of the Bee Gees’ classic record “Stayin’ Alive.” The piano-based ballad style of their performance seemed to confuse everyone watching, but it still managed to be engaging.

Other highlights from the night included a celebrity sing-a-long of Jimmy Kimmel Live’s holiday record “We’re Going To Hell”  and an interview with Bono where he promised that he and Lady Gaga would write a song for a lucky (RED) contributor for a sweepstakes they are holding. Watch the “Stayin’ Alive” performance and a few other clips from last night’s show below.