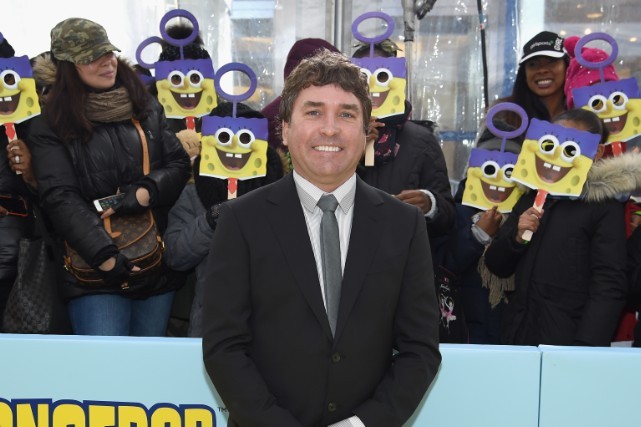 On Monday, Stephen Hillenburg, creator of the widely beloved cartoon series SpongeBob SquarePants, died. He’d been suffering from ALS, and he was just 57.

Before delighting millions upon millions of children with his work, Hillenburg got his start in experimental animation. And as it turns out, he came up alongside another Los Angeles resident who spent the ’90s moving from the experimental fringes to the mainstream, albeit in a very different medium.

In a Facebook post last night, Beck paid tribute to Hillenburg. He wrote that he and Hillenburg used to be neighbors. And he also wrote that Hillenburg had done the artwork for Beck’s 1993 single “MTV Makes Me Want to Smoke Crack.”  Here’s what Beck wrote:

Very sad to hear the news of the passing of Stephen Hillenberg, who years and years ago used to be my neighbor and kindly did the artwork for the first music that I ever released. The photo from the Record was shot behind his apartment. Better known as the creator of SpongeBob SquarePants, I always remembered him as a genuinely sweet guy. I was lucky to get to run into him by chance at the airport a few months ago. Sending my condolences to his family and to all the friends who are missing him today and thinking about old times.