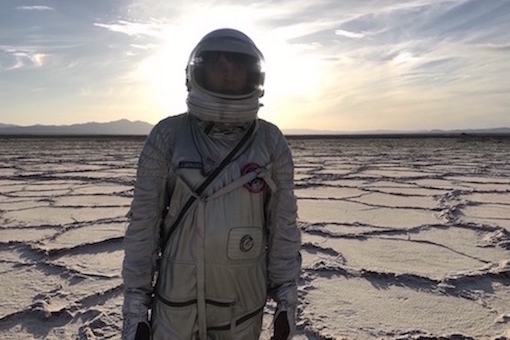 CREDIT: Juliette Larthe/Courtesy of the artist

A week ahead of its official release date, Spiritualized’s new album And Nothing Hurt is now available to stream. It’s the first new record from Jason Pierce (a.k.a. J. Spaceman)’s long-running and much-loved space rock act since 2012’s Sweet Heart Sweet Light, and the band’s eighth studio release since 1992. The title, as Pierce has explained, was inspired by an ever-popular Kurt Vonnegut quotation.

Pierce made the bulk of And Nothing Hurt in a bedroom studio at his home in London, a fairly drastic downsizing from the recording budgets of the ’90s. It’s hardly obvious, though—the frenetic, edge-of-overwhelming orchestral arrangements of “On the Sunshine” and Velvet Underground-indebted seven-minute freakout “The Morning After” are as ambitious and elaborate as anything else Spiritualized have ever released.

In an interview last year, Pierce suggested that this album may be his last—whether that means his last as Spiritualized or overall, it’s not quite clear. Eight is a very respectable number of Spiritualized albums, but here’s hoping he changes his mind anyway.

And Nothing Hurt is officially out next Friday (September 9) from Fat Possum, and later this fall the band will play a few tour dates, including U.S. shows in New York and Los Angeles, which doesn’t happen all that often. We’ve already heard the first three tracks, “A Perfect Miracle,” “I’m Your Man,” and standout “Here It Comes (The Road) Let’s Go”—but this is a Spiritualized album, you’re going to listen to the whole thing straight through. Do that over at NPR.