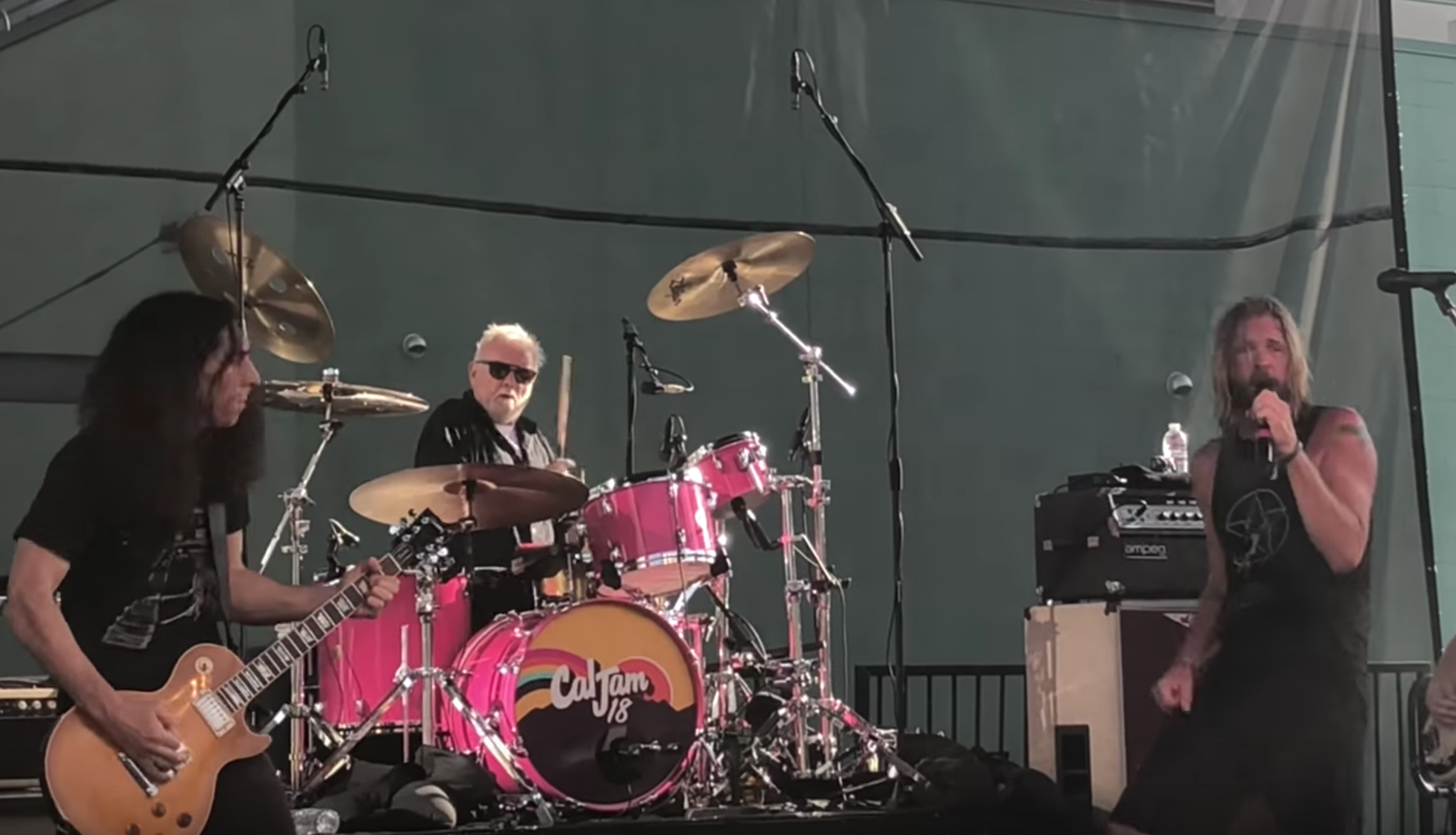 Foo Fighters, billed as the Holy Shits, did a warmup gig for their upcoming Cal Jam festival yesterday in the parking lot of the Hollywood Palladium. Before the Foos launched into their surprise set peppered with oldies and rarities (for the Foo heads, that included “Gimmie Stitches,” “Weenie Beanie,” “Hey, Johnny Park!,” “New Way Home.” etc.), drummer Taylor Hawkins’s cover band Chevy Metal took the stage. The highlight was a cover of Queen and David Bowie’s eternal “Under Pressure,” during which Hawkins sang Freddie Mercury’s part while actual Queen drummer Roger Taylor, in attendance for some reason, took over on skins. At least onstage, everybody seemed to be having fun. Afterwards, Grohl joined Chevy Metal for a rendition of the Faces’ “Stay With Me.” Watch footage of the Queen and David Bowie cover below.