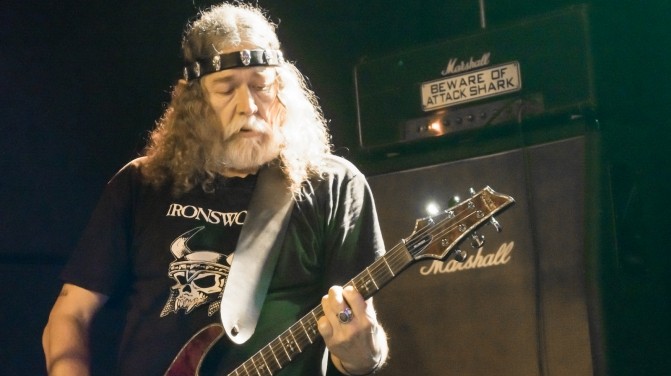 Mark “The Shark” Shelton—guitarist, vocalist, and founding member of the influential metal band Manilla Road—had died. In a video posted to the band’s Facebook page, bandmate Bryan Patrick said that Shelton died of a heart attack and “felt no pain” in the moments of his death. He was 60 years old.

Founded in Wichita, Kansas in 1977, Manilla Road was started by Shelton alongside his high school friends Benny Munkirs, Rick Fisher, and Robert Scott Park. The band got its start playing a style of metal influenced by progressive rock before eventually moving toward a heavier sound.

After going on hiatus in the 1990s, the band returned in 2001 with Atlantis Rising, continuing to record and perform well into the new millennium. In 2017, the band released their latest album To Kill a King. A memorial fund has been set up in remembrance of the musician.