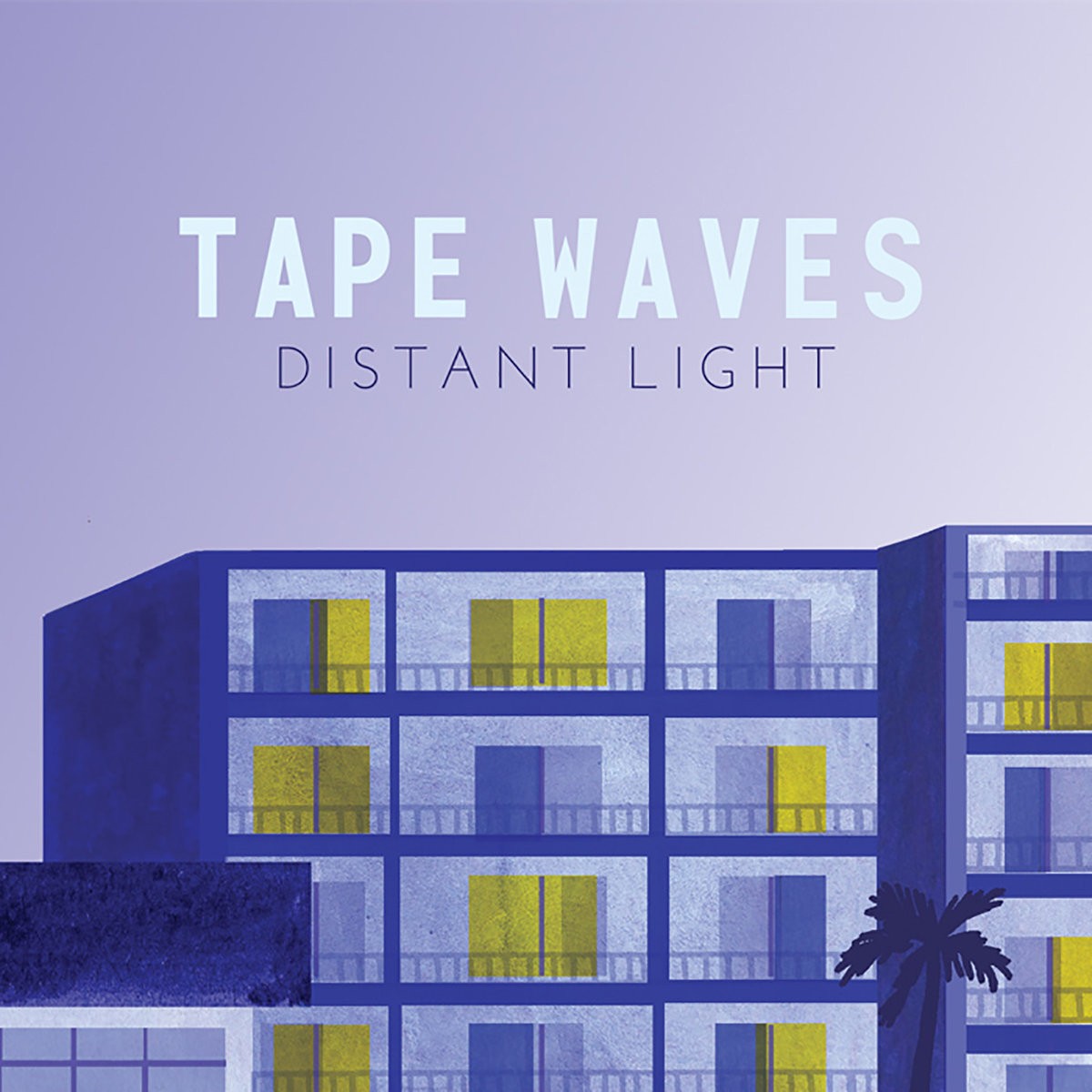 Tape Waves is one of those band names so perfectly suited for its designees it feels too good to be true. Kim Hart Weldin and Jarod Weldin are a married duo from Charleston, South Carolina, and as Tape Waves, they’ve spent some of the past five years creating wistful, lens-blurred dream pop to soundtrack nostalgia daydreams and sleepy weekend afternoons. Kim sings, Jarod programs drums, both play guitar, and their songs have an easy, calming consistency that’s almost therapeutic. It’s perfect background music, much in the way that a soft, warm bed is the only background you need to drift off.

With a slower average tempo and moody cuts like the title track and “Pale Moon,” Tape Waves’ new album Distant Light is more subdued and melancholy than previous entries in their catalog. (The chirpy, muffled guitars of 2014’s Let You Go made it an effortless-feeling masterwork of slightly out-of-focus dream-pop.) “Sudden Fiction” casts its forlorn melody across warm, amorphous swells and tonal loops, subsuming the wispy vocals until their feeling resonates more clearly than their meaning. “Daisy” sounds as much like Mazzy Star as they ever have. Surely it’s only a matter of time before some enterprising music supervisor or aspiring Sofia Coppola catches on.

Distant Waves is out now from San Diego’s Bleeding Gold Records, and the album artwork is by Kristen Solecki. Tape Waves will play a hometown album release show in Charleston on Monday (June 11), and next month they’ll embark on their first-ever tour of Japan. Fans of the aforementioned Mazzy Star, Tennis, Real Estate, Widowspeak, and anything Captured Tracks ever released: Listen to Distant Light below.