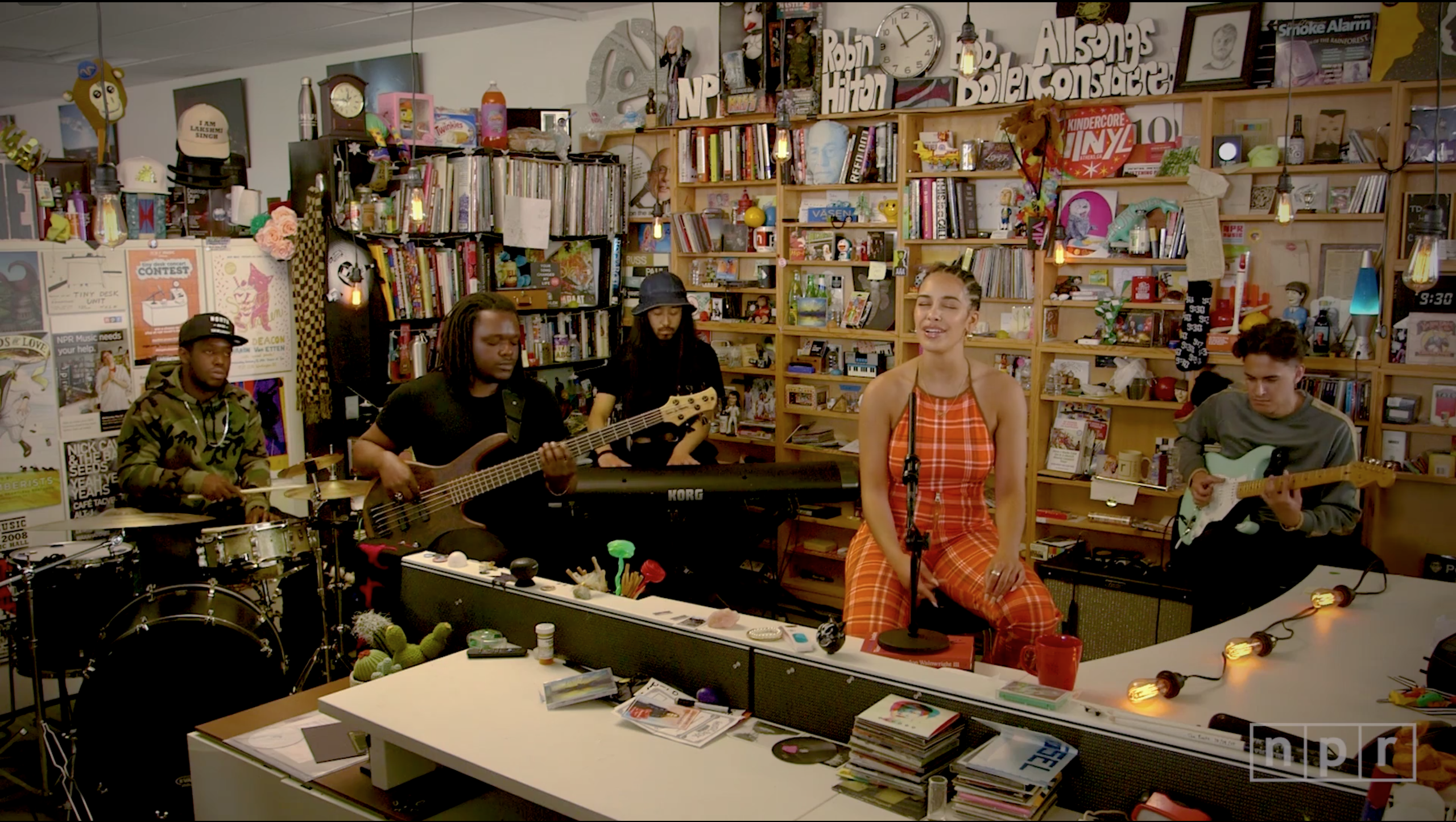 Jorja Smith is the newest guest to Bob Boilen’s office for an NPR Tiny Desk concert, and she brought a whole band with her.

Jorja’s band gives her songs a jazzy makeover (especially set opener “On My Mind,” which came to prominence as an UK Garage track), but Jorja is fully in control of her voice, cutting through the more complex arrangements of her band. In addition to “On My Mind”, she played “Teenage Fantasy” and “Blue Lights” off her long-in-the-works debut album Lost & Found, which came out last week. “Blue Lights” in particular works beautifully in this stripped-down format, a departure from the thickly produced studio version. Like the beset Tiny Desk concerts, it proves that Jorja’s music works just as well no matter the context or setting.

Watch the Tiny Desk concert below: