Yonatan Gat’s Expansive Universalists Is a Spiritual Journey Without Borders 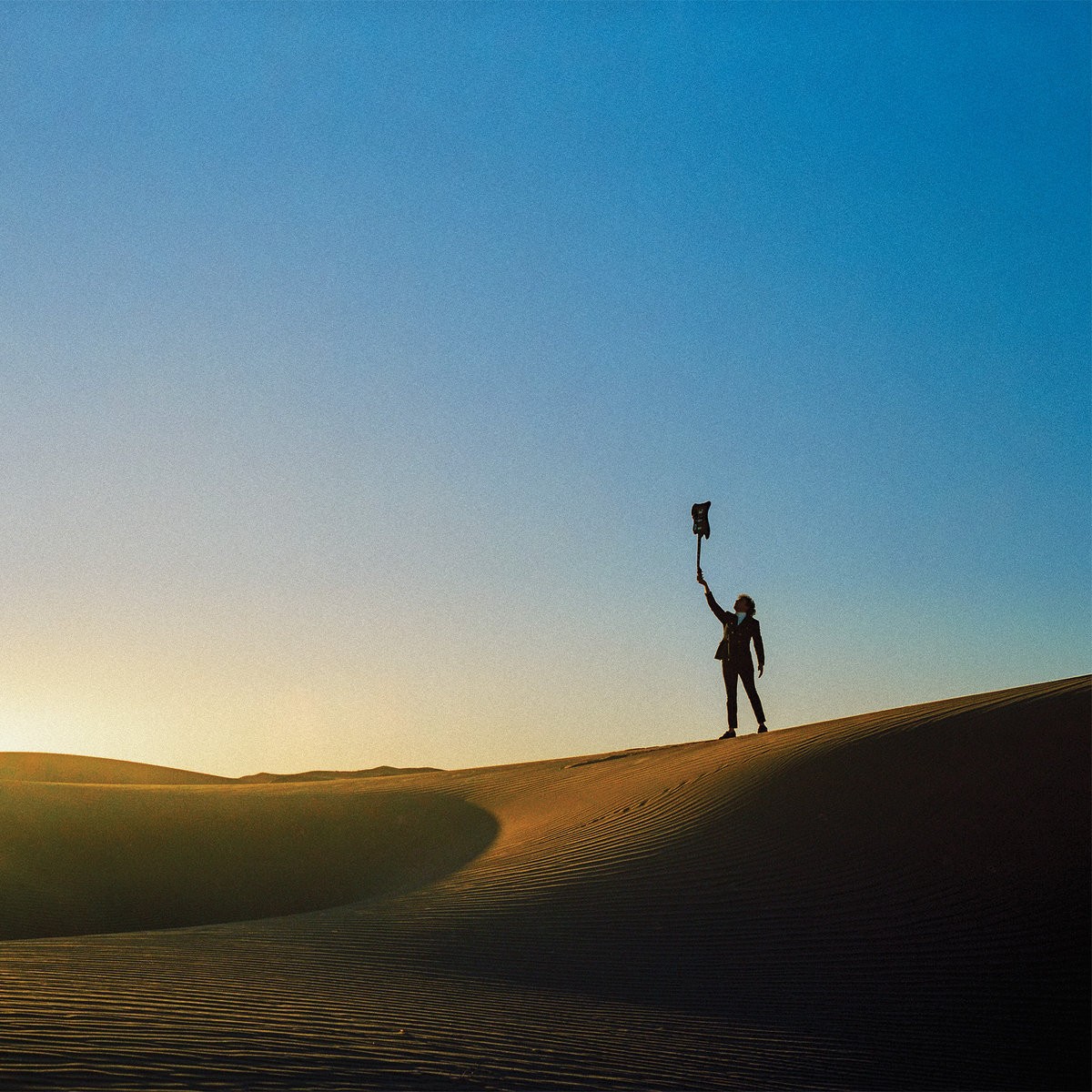 In the 1940s and beyond, American ethnomusicologist and folklorist Alan Lomax dedicated his life to cataloging unknown singers. His practice became a passion, preserving folk songs of all stripe, sparking entire movements and creating cult stars out of Lead Belly, Woody Guthrie, and others. These recordings stretched across the globe and became so diverse the Library of Congress acquired the collection. In 2012, about 17,000 of Lomax’s audio files were were made available digitally, ten years after his death. And while he traveled for decades preserving various cultures’ traditional musics, something unifies these documents. It’s not a sound so much as it is a spirit–Lomax had a way of coaxing the beatific from his subjects, often through the apparent respect he lent to them.

Enter Yonatan Gat, the guitarist who, in the mid-aughts, helped the Israeli agnosto-punks Monotonix become international cult heroes themselves, with his searing and yet effortless fretboard heroics. With Universalists, Gat’s second solo LP, he often starts from Lomax’s library not just for inspiration, but also for actual sounds. A Genoan Trallaero verse, a Mallorcan harvest song, a Piemonten ballad—nothing is off limits when the universe is the limit. Here, Gat bridges the worldliness of Lomax and the incredible energy of his live improvisation, all while completly disregarding the boundaries of space and time in respect to genre. It’s an ambitious, sprawling record, a catalog of fever dreams, where styles and sounds dovetail in transparent sheafs of blotter paper. Which speaks to the quality of Gat’s vision: the verbose have long called music the universal language.

Universalists proves that aphorisms are not just demonstrable, but irrefutable. Spoken language becomes irrelevant; the nuance of Hebrew or Algonquin blends into pure timbre. The album succeeds in fits and starts of warped blues and garage rock, finding spiritual common ground at every turn, dragging the ghosts of Gat’s travels into studios across the country: a few tracks at 25th Street in Oakland with John Schimpf, one with Steve Albini at Electrical Audio in Chicago, a live rework from the defunct DIY Brooklyn performance venue Aviv, a cut made at Dub Narcotic in Olympia, Washington with Calvin Johnson. The centerpiece “Medicine” was tracked at Machines with Magnets in Providence, Rhode Island, a document of a live recording of more than 20 musicians: Gat on cautionary yet explosive guitar, Thor Harris and Sarah Gautier on exploratory marimbas, and Jake Woodruff doing a drone. But it’s the Eastern Medicine Singers, a Native American heritage performance group performing chants and thunderous percussion, that elevate the track to something undeniable. Gat met the group on a chance encounter outside a venue in Austin, Texas.

Elsewhere, “Projections,” recorded at Daptone Studios in Brooklyn, lopes along as strange R&B, a demented jazz-club sax riff interrupted by a literal ghost in the machine. Three female Italian voices are projected through an amp in the middle of the studio, and the band reacts to them live, one of many unorthodox production techniques. On the spiraling “Chronology,” the line between modernity and antiquity collapses into itself, as the entire track stutters into glitched-out pulsations that suddenly morph into orchestra hits. A skipping CD (a sound, it occurs to me, that may never be heard naturally again) becomes an instrument itself.

The dedication to a global perspective here is undeniable, daunting, and hard to quantify. Gat’s live shows—over the last few years and on this record featuring the maniacal Gal Lazer on drums and the sanguine Sergio Sayeg on bass—take improvisation as not only a performance practice, but a lifestyle. Aside from the mountains of samples he sifted through, Gat reportedly sorted through more than 100 hours of recordings of his own band to cull this record. The blistering “Cockfight” verges into full-spectrum jazz-grind, reminiscent of Salt Lake City’s avant-cult recording project, the Ice Burn Double Trio, or, more appropriately, New York psych-kings Oneida. Just as the hint of a voice echoes in, headed toward full-on Lightning Bolt, the track breaks into Balinese gamelan samples. Nothing here is as it seems.

When it comes back to those samples and to Lomax, Gat not only preserves the integrity of the original recordings, he also breathes new life into them, and even carries on the spiritual qualities that make them so singular. There’s almost a time-travel quality to this music that makes it so simultaneously effective and elusive. That’s the beauty of Universalists: there’s no use trying to pin it down. What’s more, doing so discredits its core thesis: music is music, plain and simple. Gat manages to capture the ecstasy of his live performance, while expanding his production and experimental practice to a global, and—dare I say—universal palette. It’s beyond lightning in a bottle; Gat has lightning wrapped around his little finger.

Five Artists to Watch in February 2015