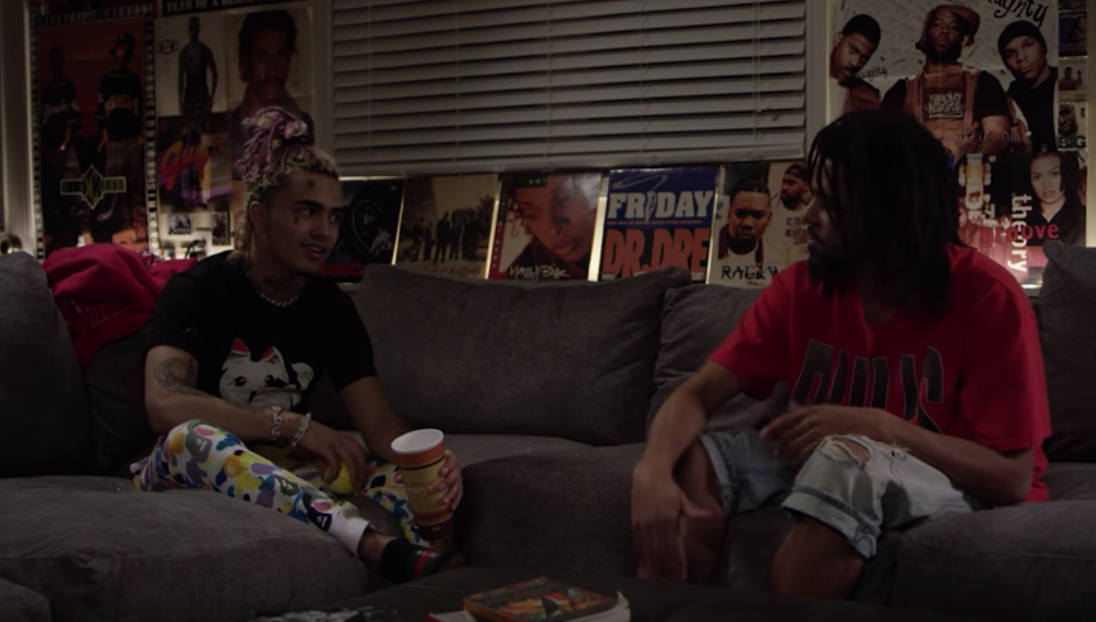 J. Cole and Lil Pump are pretty much at opposite ends of the spectrum as far as 2018 rappers go. The former released a song this year aimed at a younger generation of rappers still figuring out how to navigate the complexities of a malicious music industry, while the later has become a sort poster child for everything that’s wrong with the viral trap-pop currently dominating the charts. So it seemed a little strange that the two would sit down together to discuss their current musical ambitions and the beef that’s allegedly been brewing between the two artists in recent months.

The two caught up at Cole’s North Carolina studio The Sheltuh, where they talked about Cole’s KOD diss track “1985,” Pump’s response on social media, and the growing tension between their fan bases, whether or not any real beef exists between the rappers. “You’re smarter than what people know, what people might give you credit for,” Cole says to Pump in the interview. They also discuss their relationships with their parents.

J. Cole also unpacked how he feels about the current generation of young rappers. “It was like two years, I seen one of the ‘Freshman Freestyles.’ And I was like sad. Like, I was like ‘Damn, this shit really over.’ I know now that I was wrong. All I was doing was being afraid that the thing that I fell in love with was no longer relevant or respected. In that moment, it brought fear.” Watch the hour-long interview below.