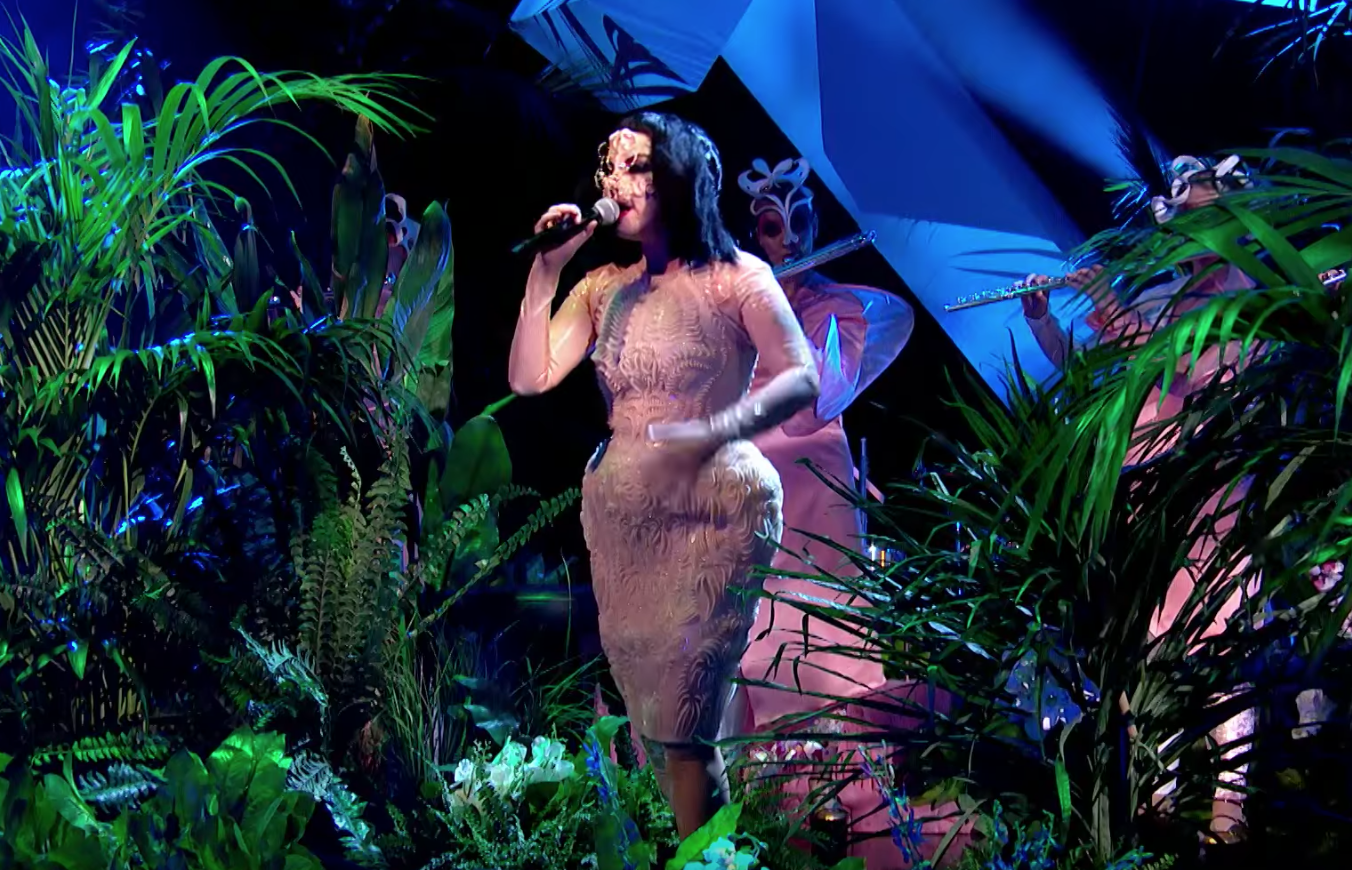 Björk’s excellent ninth studio album Utopia came out in November but she’s preparing to release an EP of remixes from the record on Friday (May 25). To celebrate the occasion, the Icelandic auteur deigned to make a return to TV performance–her first in eight years–on Later… With Jools Holland. Revisiting the Utopia aesthetic with otherworldly masks and woodland-nymph-like garb, Björk was backed by a choir of flautists, as featured on the album; she herself played along. The stage was outfitted like a lavish garden. The choice of repertoire was interesting: The singer-songwriter did not only play Utopia material, instead coupling “Courtship” from that album with a flute-oriented revamp of “The Anchor Song,” an album track from 1993’s Debut. Watch both performances below.