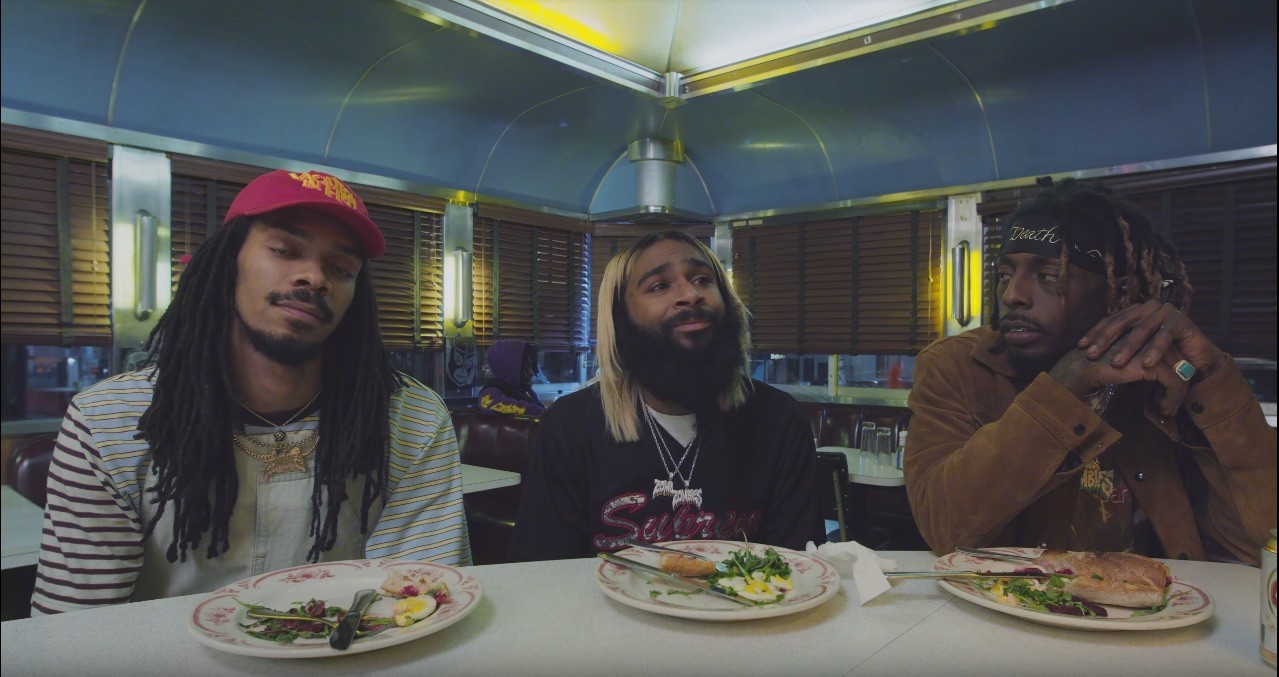 Three rappers walk into a diner and all three try to decide the best way to be famous. That’s the bare bones plot to Vacation (The Movie), a new short film from Flatbush Zombies for their single “Vacation.” The 10-minute film directed by Phillip T. Annand has the three members debating the best way to get “a single on the Billboard charts” and in turn get people to listen to their new album. Each rapper eventually agrees they should just drop “that fire catchy shit we did with Joey” (referring to the actual track “Vacation,” which features Joey Bada$$). It seems easy enough until a trio of guest stars interrupt, coming in sequence as each rapper’s personal conscience to remind them that they should be true to their personal style through this fantasy of making a hot single.

The guest stars are Lin-Manuel Miranda, Ice-T dressed like he just came from the playa haters ball, and John Leguizamo. Each of them play heightened (and genuinely hilarious) versions of themselves in the clip, which way more enjoyable than a song like “Vacation” needed. Flatbush Zombies’ new album Vacation In Hell comes out Friday 4/6.

Watch the film and stream the track below: