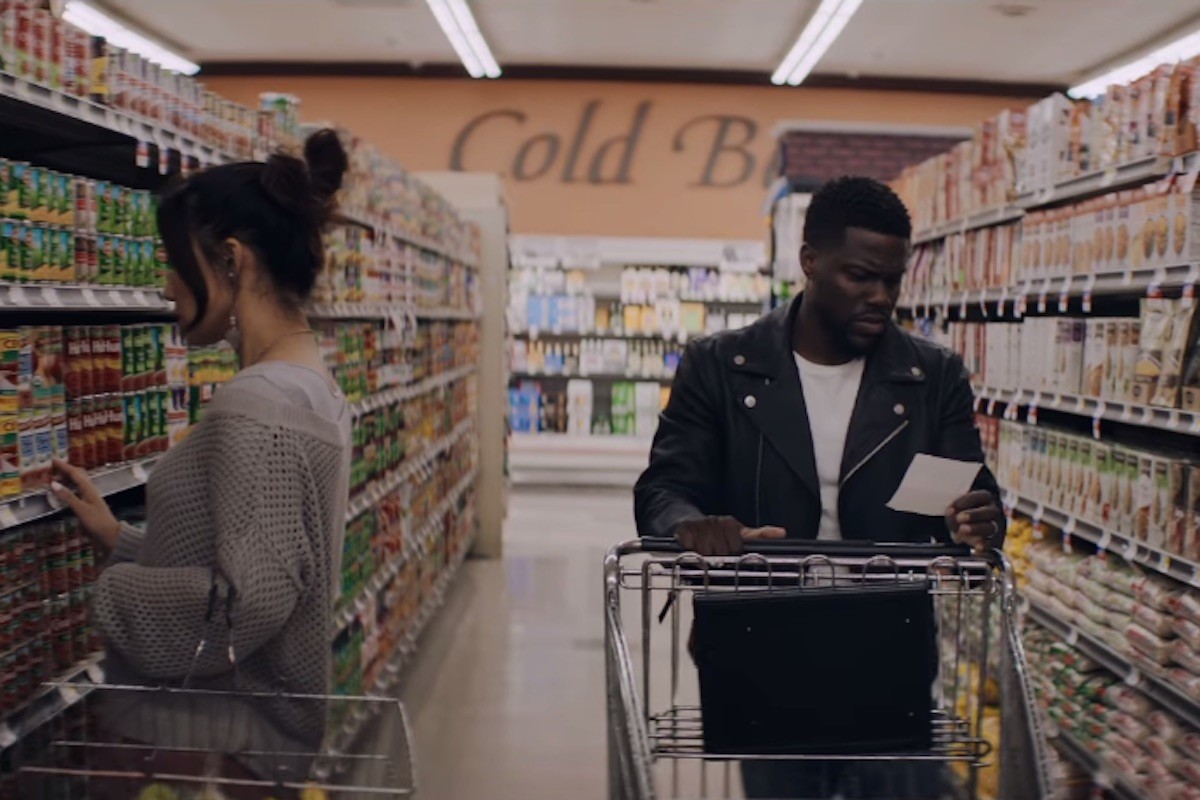 Fresh off the incredible success of his latest album, K.O.D., J. Cole returns with a new music video for the song “Kevin’s Heart.” The video, directed by Cole and Scott Lazer, stars–get this–Kevin Hart, who cheekily plays himself as he deals with an imagined fallout of his real cheating scandal. Hart goes on a routine day of grocery shopping and getting dinner while he’s stared at by judgmental faces who know about his infidelities for video for a song about a man who committed infidelities and is dealing with the repercussions of his actions.  If nothing else, J. Cole is good for being painfully literal.