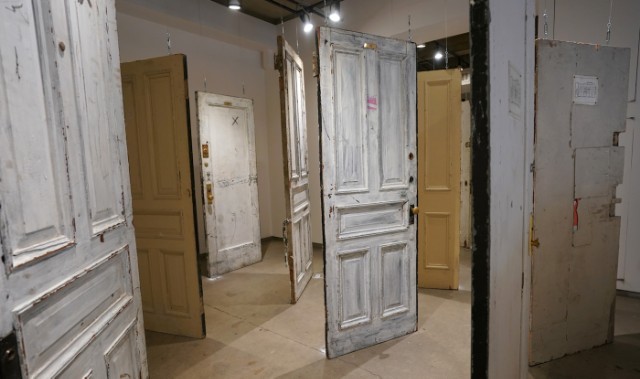 The legendary Chelsea Hotel has been under renovation since 2011, and a couple years ago a former resident noticed that the construction workers were planning to throw out the building’s old doors. He put a stop to that, transporting them from the site and researching what famous people stayed in each rooms. The doors are mostly in bad shape but, as BBC reports, they just sold at auction for a pretty decent price.

The door to one of the rooms that Bob Dylan stayed in went for $100,000, and a door whose occupants included Janis Joplin, Leonard Cohen, and Joni Mitchell went for $85,000. One door used by Jimi Hendrix went for $13,000 and another that was used by Madonna went for the same price.

“The doors are anything but beautiful,” Guernsey’s auction house president Arlan Ettinger told The New York Times. “Some of them have big spray-can X’s to indicate the throw-it-out kind of thing. They are iconic objects, but as with many objects, what’s important is not their physical presence but what they represented.”