Oscars 2018: Watch Andra Day and Common Perform “Stand Up For Something” 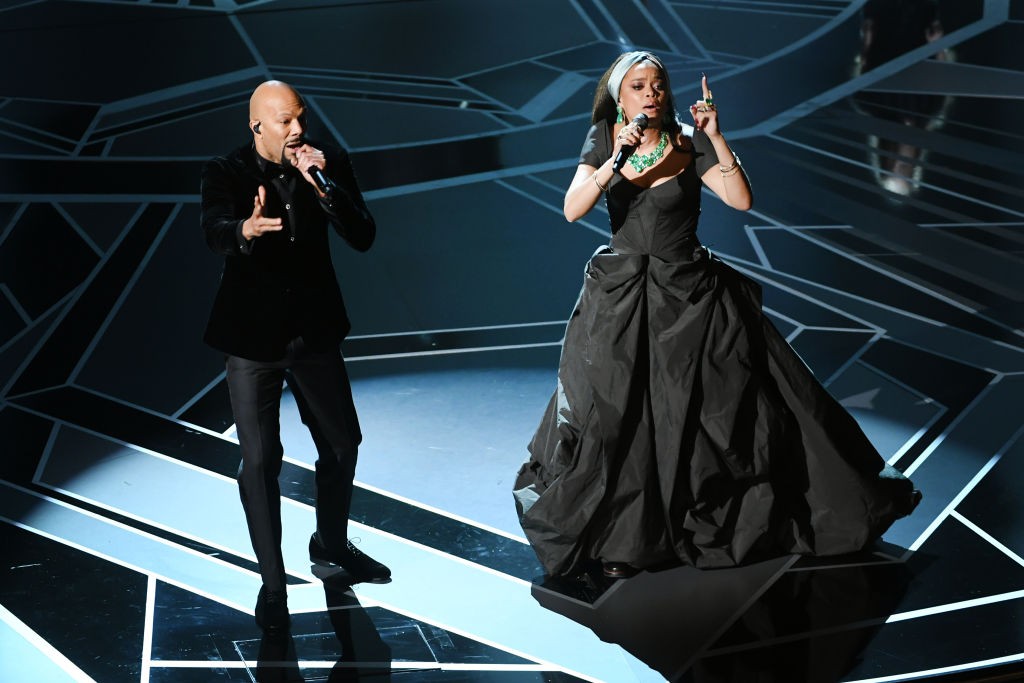 Andra Day and Common took the stage at the Oscars to perform their song “Stand Up For Something” from the film Marshall. The energetic performance featured an introduction by Dave Chapelle and politically charged references in Common’s performance, including a Trump jab: “A knee we take for our soul’s sake…A president, we chose from hate/He don’t control our fate because God is great.” In the background of the performance, ten notable activists appeared in spotlights, including Alice Brown Otter (Standing Rock Youth Council), Bryan Stevenson (Equal Justice Initiative); Cecile Richards (Planned Parenthood), Nicole Hockley (Sandy Hook Promise), Patrisse Cullors (Black Lives Matter), and Tarana Burke (Me Too). Watch the performance below.