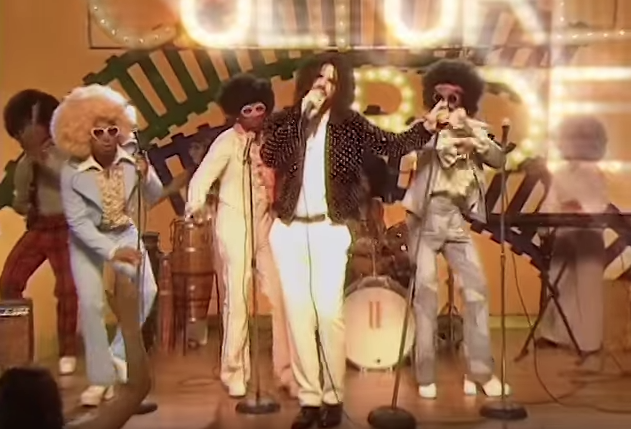 Migos and Drake have released a collaborative video for their Culture II collaboration “Walk It Talk It.” It’s a parody of classic ’70s Soul Train episodes, and features an appearance by Jamie Foxx as host Ron Delirious. There’s lots of go-go dancing and roller skating, and an incredible fake mustache for Quavo, who attempts some Temptations-like moves. You’ll have to stick around until about two-and-a-half minutes in to glimpse Drake’s provocative ‘do. Previously, Migos released a video for the Pharrell-produced Culture II single “Stir Fry.” Watch the “Walk It Talk It” clip below.