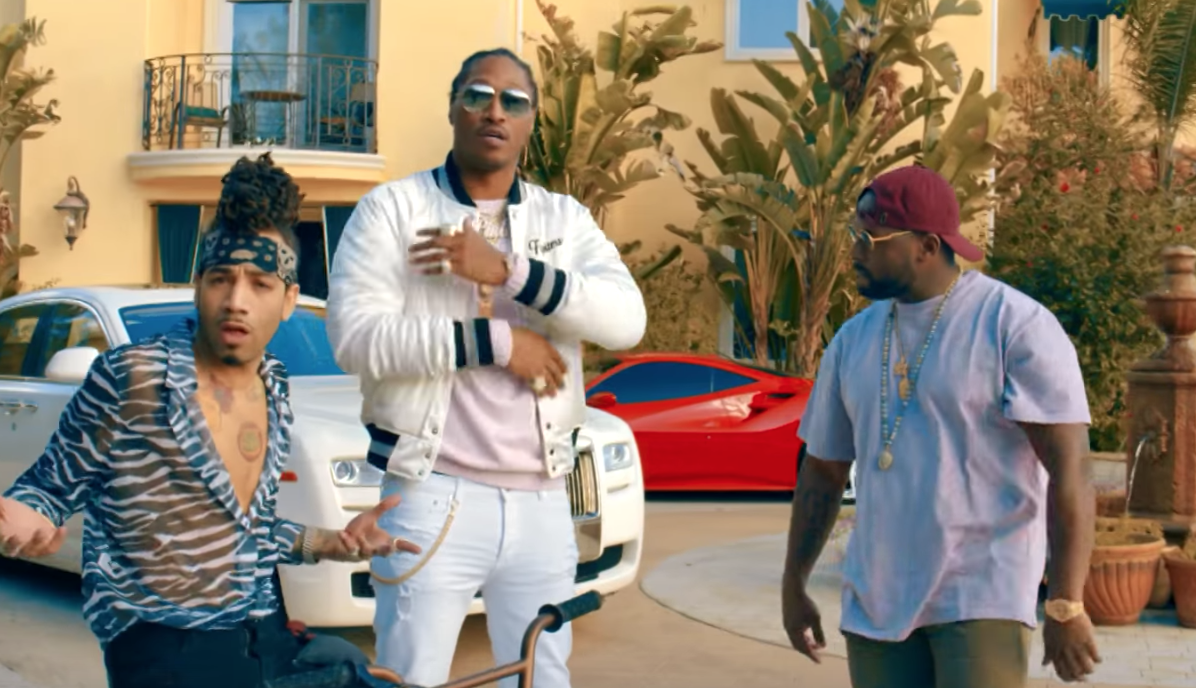 Last Thursday, DJ Esco posted a trailer for a new solo album called Kolor Blind. Esco is best known for performing with Future and releasing several mixtapes hosted by the Atlanta rapper, including 56 Nights, Project E.T., and No Sleep. Now the DJ has released a playful video for “Code of Honor,” his first single from Kolor Blind, which will be out in full on Friday. It features Future and Schoolboy Q. Watch the colorful clip, which includes an intro featuring Esco working a gas station and Future hopping around on a BMX bike, below.