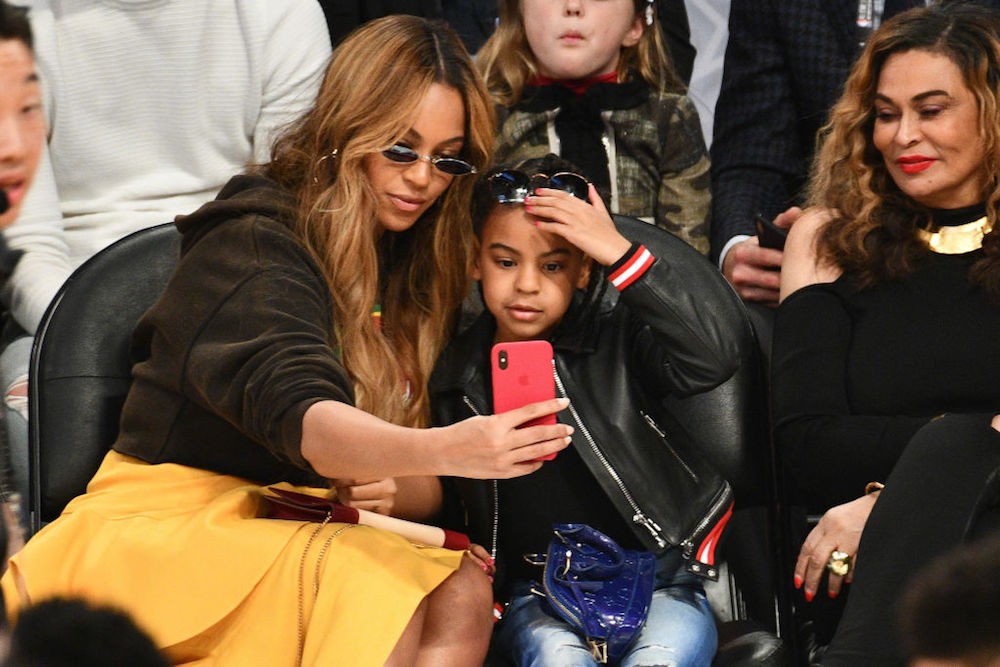 Blue Ivy, the world’s most famous six-year-old, made her discerning tastes known this past weekend at the Wearable Art Gala in Los Angeles. The pint-sized celebrity bid on art pieces on behalf of parents Bey and Jay during the gala’s auction, hosted by Star Jones. Blue bid a cool $17,000 on Tiffanie Anderson’s “Young Sidney,” an acrylic painting of actor Sidney Poitier. Tyler Perry upped the ante by offering $18,000, and as Blue was about to up her bid to $19,000, Jay-Z playfully attempted to wrestle the bidding paddle out of her hands. Tyler Perry went home with the painting for $20,000, as Vanity Fair reports, but no need to fret for lil’ Blue. She went home with the very next item: a piece of art composed of “deconstructed law books from Indiana and medical books from California” by artist Samuel Levi Jones. Blue won the piece with a bid of $10,000. Watch Blue in action below.