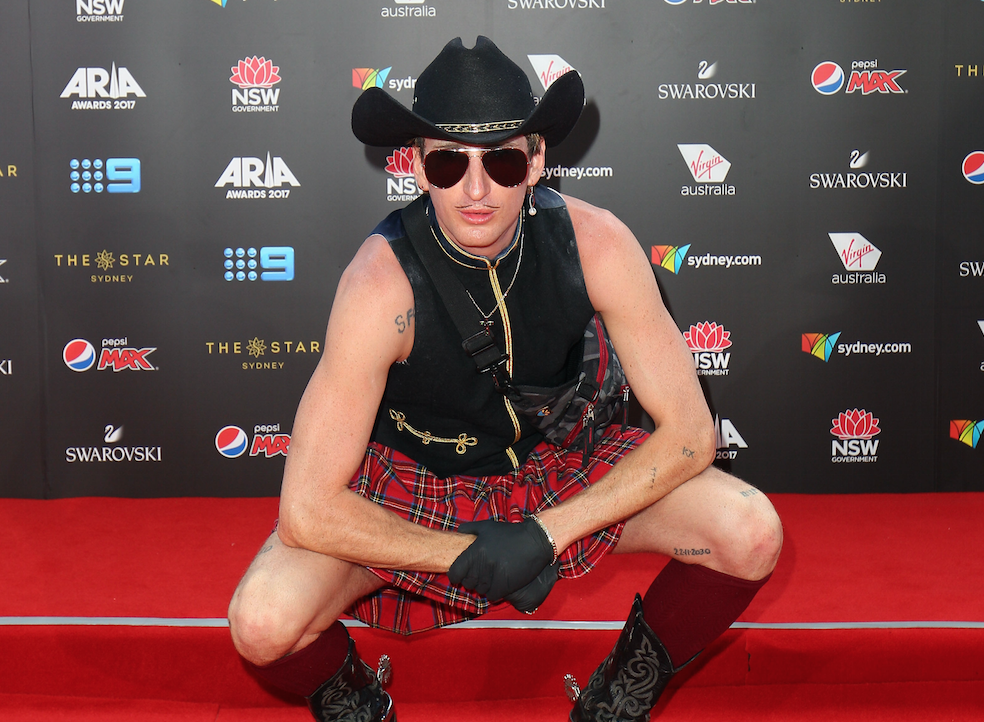 Infamous, unpredictable, and often lewd Australian indie-pop anomaly Kirin J. Callinan came under fire late last November after whipping his penis out on the red carpet for his home country’s ARIA Awards. The Guardian now reports that Callinan was formally charged for willful and obscene exposure in a public place on Monday, which in the Australian state of New South Wales means defendants can end up either with a six-month sentence or a $1,100 AU fine. Callinan’s manager Todd Wagstaff said Callinan was not yet legally able to comment on the situation.

Callinan was removed from the lineup of this year’s Laneway Festival in Melbourne following the incident. Callinan’s removal was due in part to complaints made by Australian rapper Miss Blanks. This week, Callinan defended Blanks in an Instagram post, writing that “regardless o the noise, however, it does not sit well with me one puny pitiful bit that a fellow artist & clearly strong, trans woman of colour could now be shamed or take the blame, be defamed or suffer the same re my recent omission from a certain summertime festivus, regardless o the role she may have played.” He continued: “more important than some rocking concert, more relevant than resentment or regrets, is respect ~ for each & every one o us.”

Read our November feature on Callinan, “What Exactly Is Going on With Kirin J. Callinan?,” here.

What Exactly Is Going On With Kirin J. Callinan?