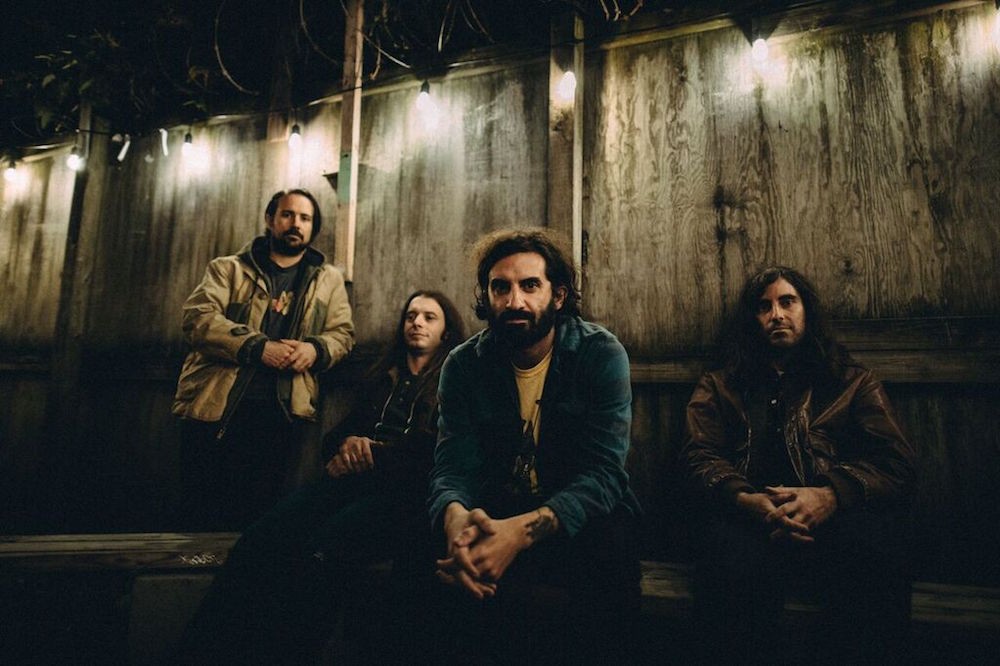 The Men got their start in the early 2010s playing gnarled Touch & Go-style noise rock, then gradually moved toward the mellower sounds of ’70s rock bands like Neil Young & Crazy Horse over the next several years. Today, they’ve announced a new album, their seventh, called Drift, and released “Maybe I’m Crazy,” the first single. The song might portend yet another change for the Brooklyn punk band, driven by an industrial-sounding synth bass line and a clenched vocal performance that reminds me a little of Damo Suzuki, with barely a guitar to be heard. After a self-released detour for last year’s Devil Music, Drift will be released March 2 on the Men’s old label Sacred Bones. Hear “Maybe I’m Crazy” below.