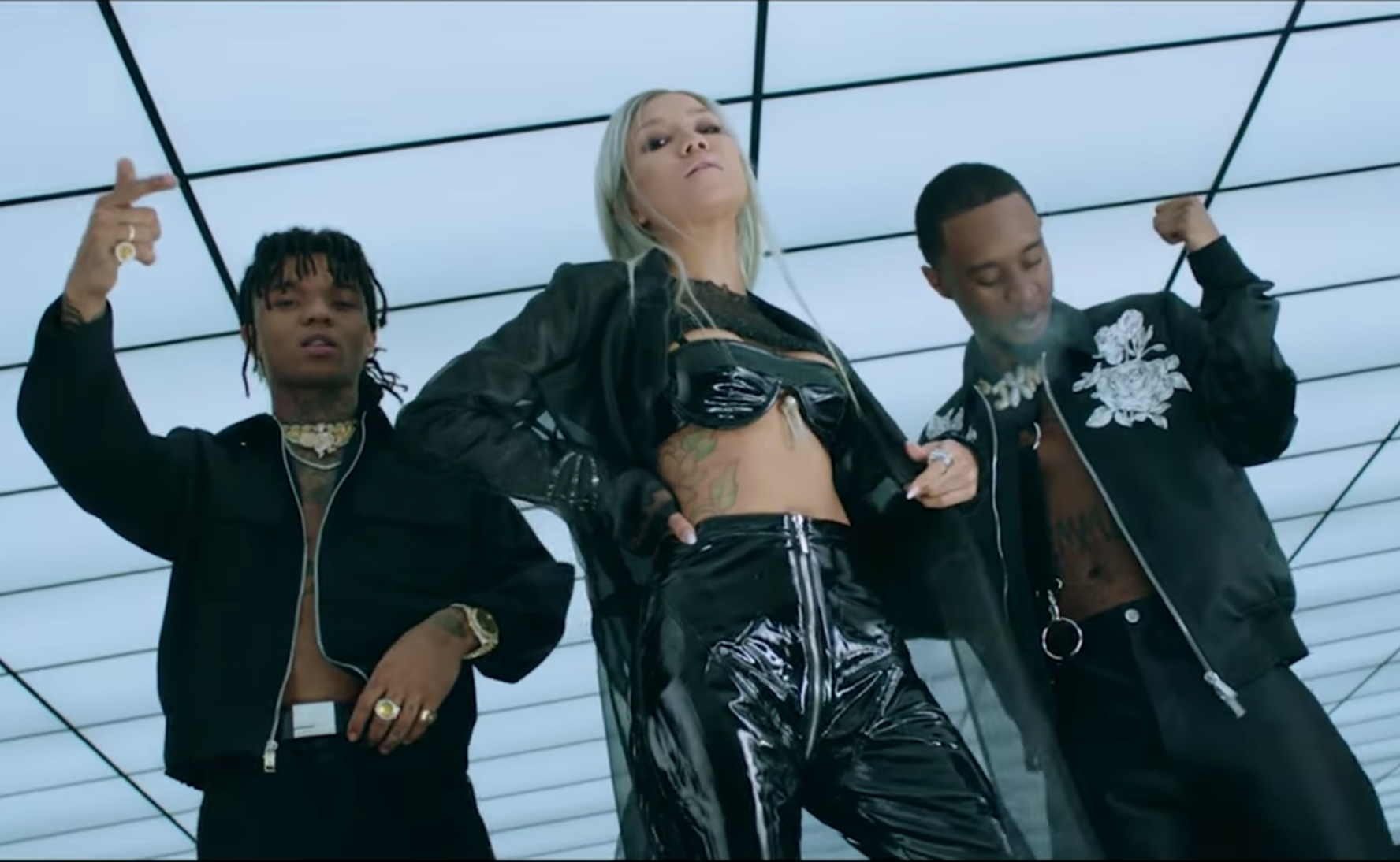 Los Angele singer Jhené Aiko has released a video for “Sativa” from her 2017 album Trip. The original track features sultry vocals from Rae Sremmurd’s Swae Lee, and Aiko tapped his other half Slim Jxmmi to contribute an additional verse for the video. The clip opens with Lee building a humanoid figure on a futuristic touch screen, followed by Aiko emerging from a bathtub filled with red water. It ends with a twist.

The video follows “While We’re Young” as Aiko’s second single from Trip. Lee has said that Rae Sremmurd’s next album SremmLife 3 will come this month. The duo recently released a video for their SremmLife 2 single “Perplexing Pegasus.” Watch below.