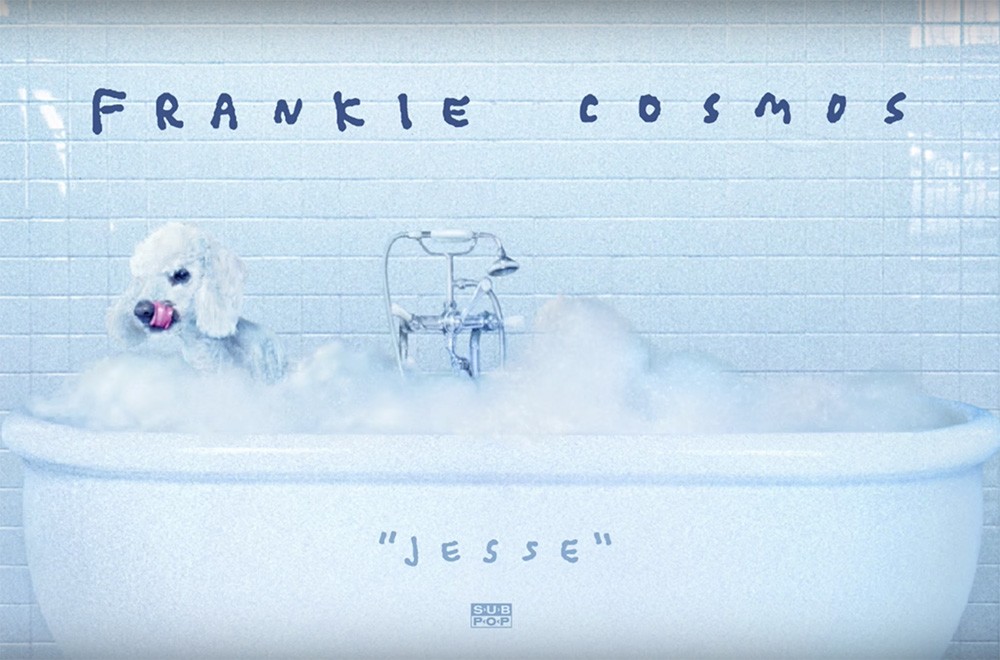 Frankie Cosmos, the musical project of Greta Kline, has released “Jesse,” the first single from her upcoming Sub Pop debut Vessel. Vessel is out on March 30, while the band begins an international tour later this year, kicking off on May 5 in Boston.

On “Jesse,” Kline sings of fantastical visions of flying and killing metaphorical scorpions, and shares the same twee production aesthetics found in her 2016 LP Next Thing - overdubbed vocal melodies, a subdued rhythm guitar, and a twinkly toy piano for good measure. The song is accompanied by an endearing animated video featuring a dog poodle and a bathtub, created by artist Ariel Noltimier Strauss. Watch the video below.