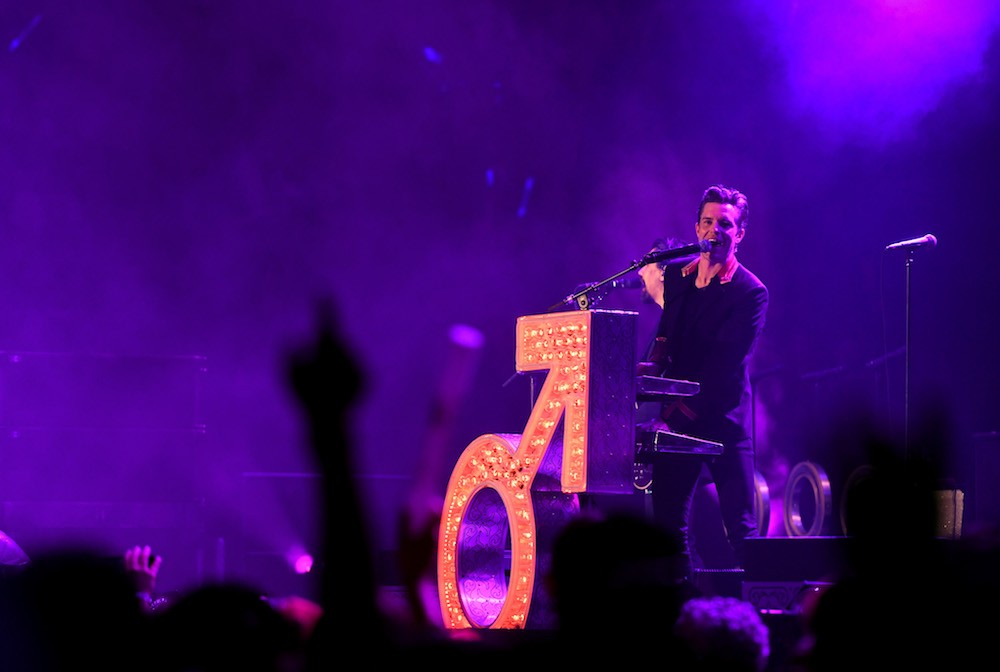 The Killers became the de facto headliners of this weekend’s annual KROQ Almost Acoustic Christmas in Los Angeles after Morrissey cancelled his performance citing “illness in the touring party.” It was reportedly the 127th cancellation by the former Smiths’ frontman in the last five years, and the Killers offered their sympathies to disappointed show-goers during their closing set Sunday by covering two hits from Moz’s catalog—1988’s “Every Day Is Like Sunday” and the 1984 Smiths’ classic “This Charming Man.”

Another Morrissey tribute from the Killers #kroqxmas

The Killers covering “This Charming Man” by The Smiths, considering Morrissey cancelled this Acoustic Christmas. pic.twitter.com/G833Ji99OD

Frontman Brandon Flowers also referenced the previous night’s big controversy, when Josh Homme kicked photographer Chelsea Lauren in the head during Queens of the Stone Age’s set. Flowers invited the band’s photographer, Rob Loud, on stage in order to salute him in front of the KROQ audience, which was nice.

“I’m not going to kick you in the face, just come up here, it’s okay,” Flowers said to Loud among cheers from the audience. “I just want to tell you to tell all of your friends that you’re welcome here, and at any Killers concert, you’re safe and you’re respected … They make us look good! We need to take care of these people!”