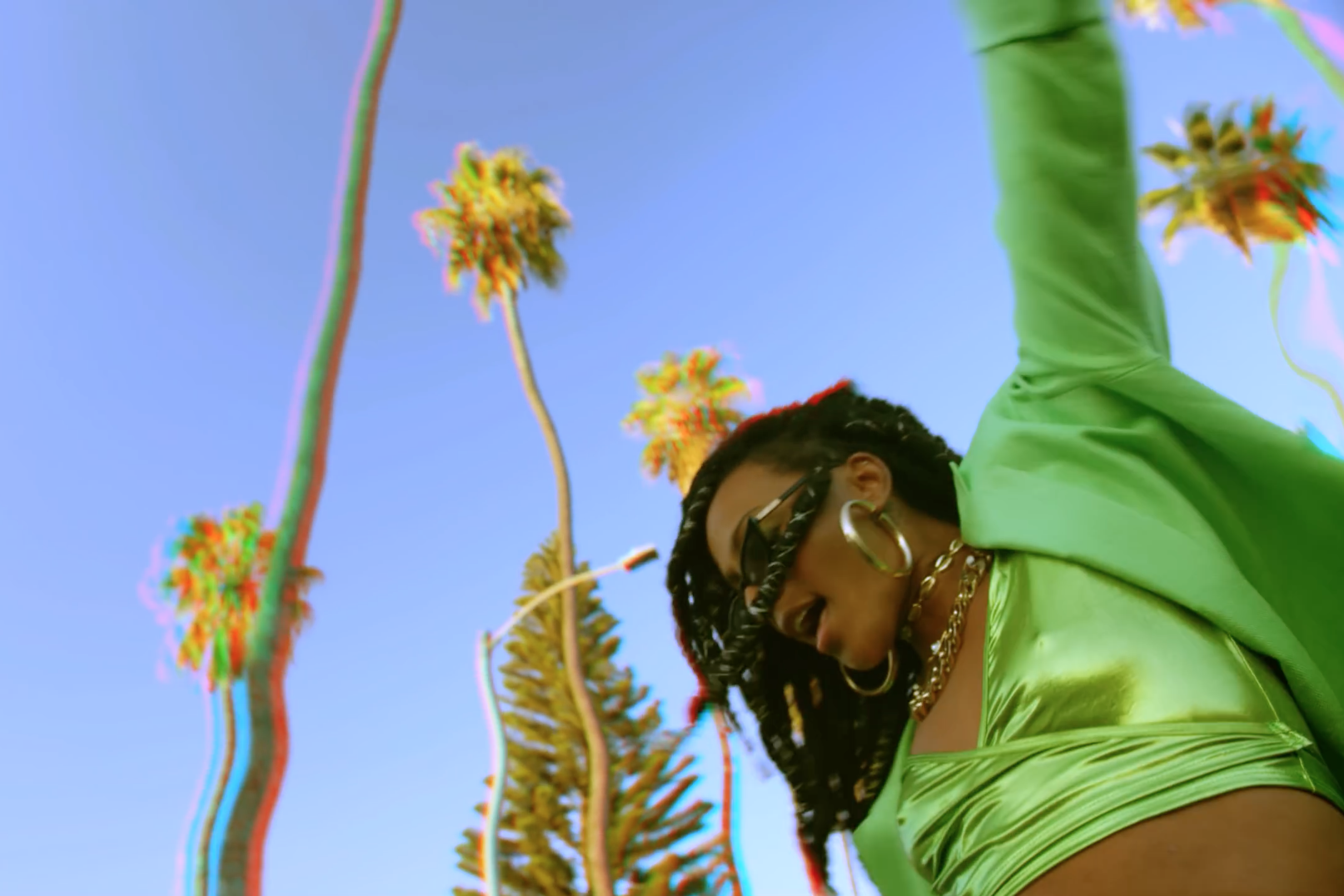 R&B futurist D∆WN has a new video for “Stopwatch,” an October single produced by Machinedrum and released by the producer’s fledgling label IAMSIAM. The pair have collaborated before on songs like “Not Above That,” “Wake Up,” and “Do It 4 U.” “Stopwatch” starts from a similar sonic palette of bright synth hits and ultra-dry percussion, but where some of D∆WN and Machinedrum’s previous collaborations build to a frenetic climax, the latest song flows on a carefree, minimalist dancehall beat. “Ain’t got no time to waste any time on you,” D∆WN proclaims, and just to drive that point home, the video stars four different versions of herself. Watch below.