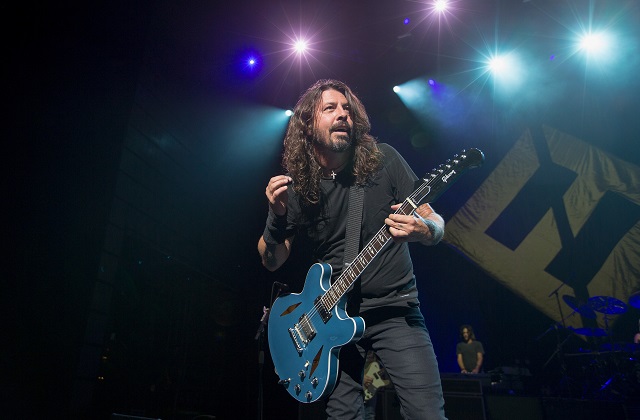 “Run,” the lead single off Foo Fighters’ Concrete and Gold, has been a tremendous success for the band. It earned Grohl and company two Grammy nominations and hit number one on Billboard’s mainstream rock chart. The drum part is essentially a standard reggaetón beat, which caught Grohl by surprise when this was pointed out to him since he had apparently never even heard of such a thing.

“The funny thing about ‘Run’ is, it’s got a reggaetón beat and we didn’t really realize it,” bassist Nate Mendel told Billboard.

“I said, ‘What the fuck is a reggaetón beat?'” Grohl chimed in. “And Greg played six songs on the radio right now by Justin Bieber and everyone else.”