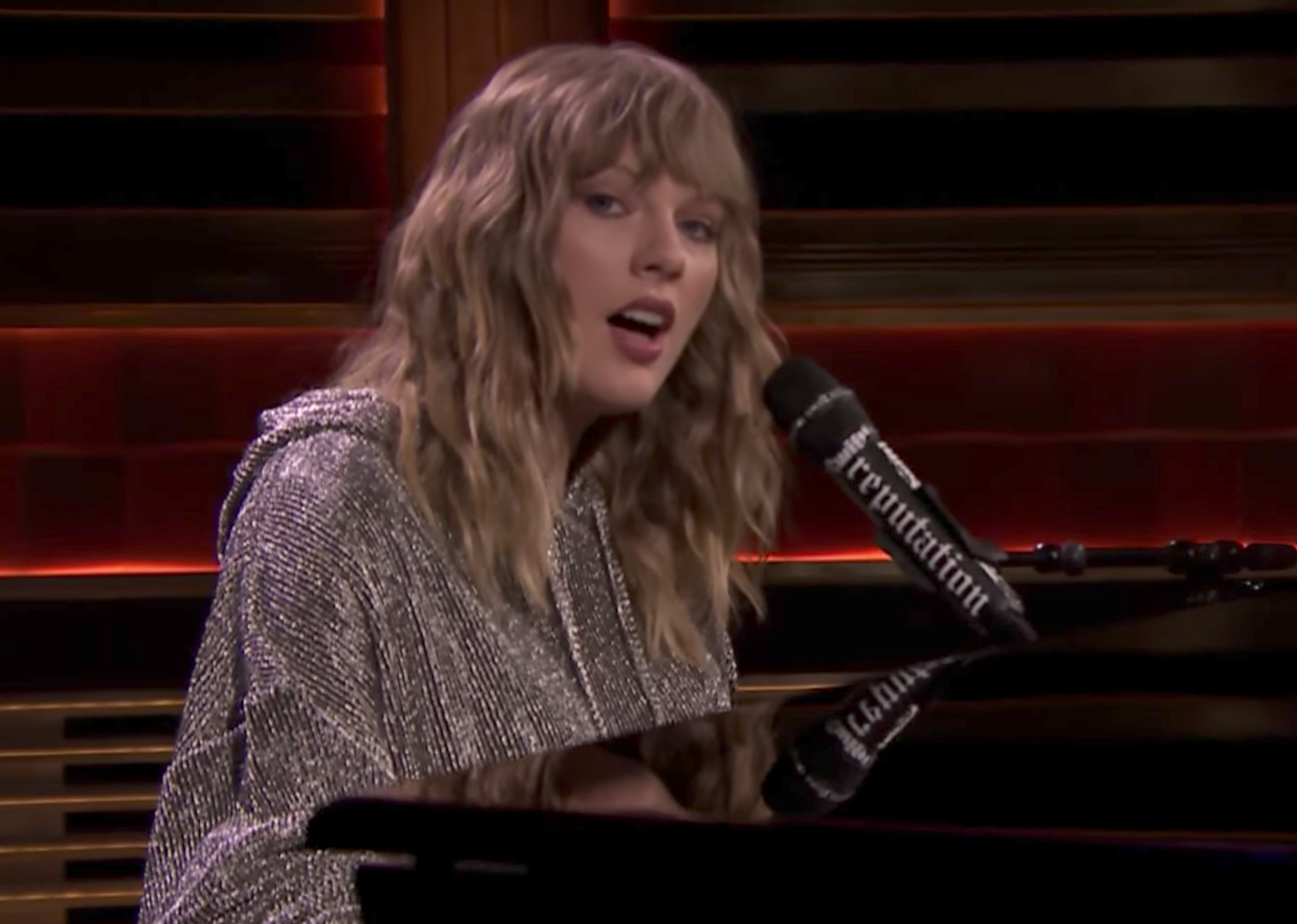 Last night was Jimmy Fallon’s first night back at The Tonight Show following a week-long hiatus from the show after the death of his mother Gloria last Saturday. During the program, he gave an emotional tribute to his mother, in which he recalled how he, as a child, would squeeze his mother’s hand three times to signal “I love you.” “Last week I was in the hospital, at her side, and I grabbed her hand and I squeezed ‘I love you,’ and I just knew we were in trouble,” Fallon said, holding back tears.

The anecdote ended up creating an unexpected parallel with the show’s subsequent musical performance by a surprise guest, Taylor Swift, who performed her intimate reputation closer “New Year’s Day” after Fallon’s speech. The lead-off lyric in the second verse of the piano-driven ballad is “You squeeze my hand three times in the back of the taxi,” a fact that was apparently unknown to Fallon or the show’s producers. Mike DiCenzo, a writer and producer for the show, explained in a Twitter thread last night that “it was a beautiful coincidence in a beautiful performance.” He said that after Swift sang the line, he “nearly gasped. Tears. I think everyone in the audience started sobbing.”

DiCenzo also explained how Swift’s unannounced performance came about in the first place. “[Taylor Swift] was not scheduled to do our show today,” he wrote. “But we wanted something special for [Jimmy’s] first show back, so we asked her on a complete whim.” Swift apparently agreed “with zero hesitation.”