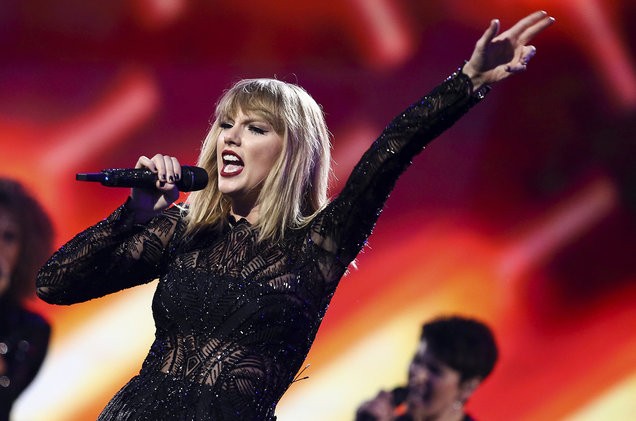 She may be reigning as a pop artist, but Taylor Swift’s country songwriter roots just won her the song of the year CMA Award.

Little Big Town accepted the award on behalf of Swift, who couldn’t attend the event. “Taylor, wherever you are, thank you for this beautiful song and for loving songs and loving Nashville,” Karen Fairchild said on the stage.

“Better Man” appeared on the quartet’s The Breaker album and became a Hot Country Songs chart No. 1, though Swift did perform the song live once, back at February’s pre-Super Bowl set. At Swift’s Feb. 4 concert in Houston, fans got to hear her sing it for the first time ever. “I never really knew what it would feel like to hear my song on the radio and have someone else singing it,” she commented that night. “Turns out, it feels awesome.”

LBT previously shared how the whole thing came to be: “She [Taylor] sent us this song, and it was one that was really special to her,” Fairchild said. “She thought of us because of the harmonies. She’s never pitched a song to anyone before, and the minute we heard it, we were like ‘Man, that is a song that we’re going to cut.’”

See the full list of 2017 CMA Award winners here, and check out Swift’s one-time live performance of “Better Man” below. Her own album, Reputation, is due on Friday (Nov. 10).