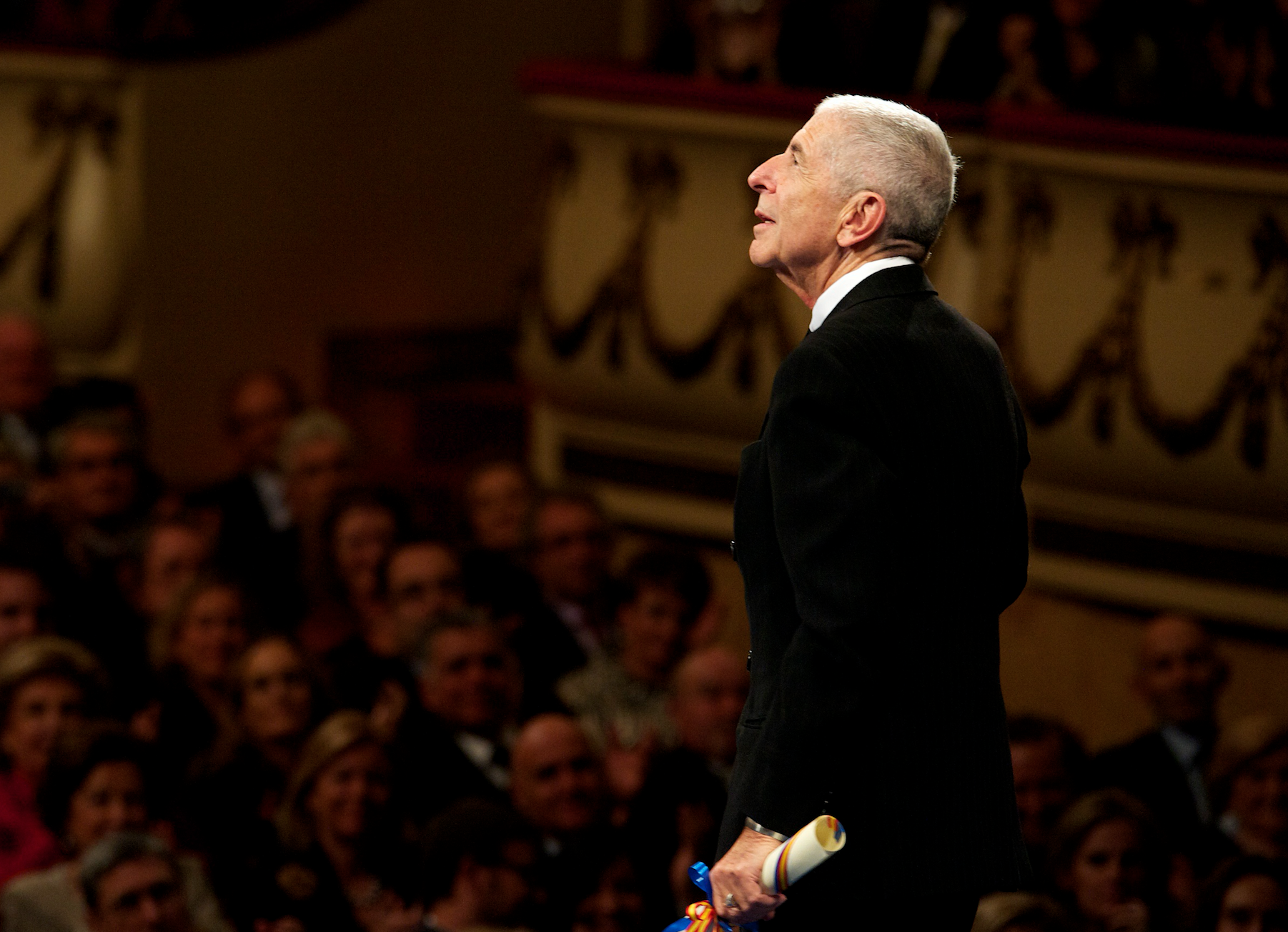 At yesterday’s tribute concert to Leonard Cohen, which took place at the Bell Centre in Montreal, star cameos abounded. According to reports, there were, among so much else, multiple turns from Sting and Elvis Costello, Courtney Love singing I’m Your Man’s prescient “Everybody Knows,” and a video tribute featuring a “Tower of Song” performance by Willie Nelson, Céline Dion, Peter Gabriel, Chris Martin and Cohen himself, in virtual form. k.d. lang drew the long straw to turn in the evening’s performance of “Hallelujah,” and Canadian Prime Minister Justin Trudeau, hot on the heels of making heartfelt public outpourings in tribute to late Canadian music legend Gord Downie, appeared with his wife Sophie Grégoire-Trudeau to pay his respects to Cohen’s legacy.  Feist performed her “Hey, That’s No Way to Say Goodbye” cover, of which she released a studio version last week.

One of the evening’s more curious pairings, though, was Cohen’s son Adam — a musician in his own right — and Lana Del Rey, who performed Cohen’s New Skin For The Old Ceremony classic “Chelsea Hotel #2″ in close harmony. Del Rey previously released a cover of the song and an accompanying video in 2013. Watch some footage of the performance, as well as some other clips from the show, below. (Make sure to check out the clip of Celine’s anomalous interpretation of “Tower of Song.”)