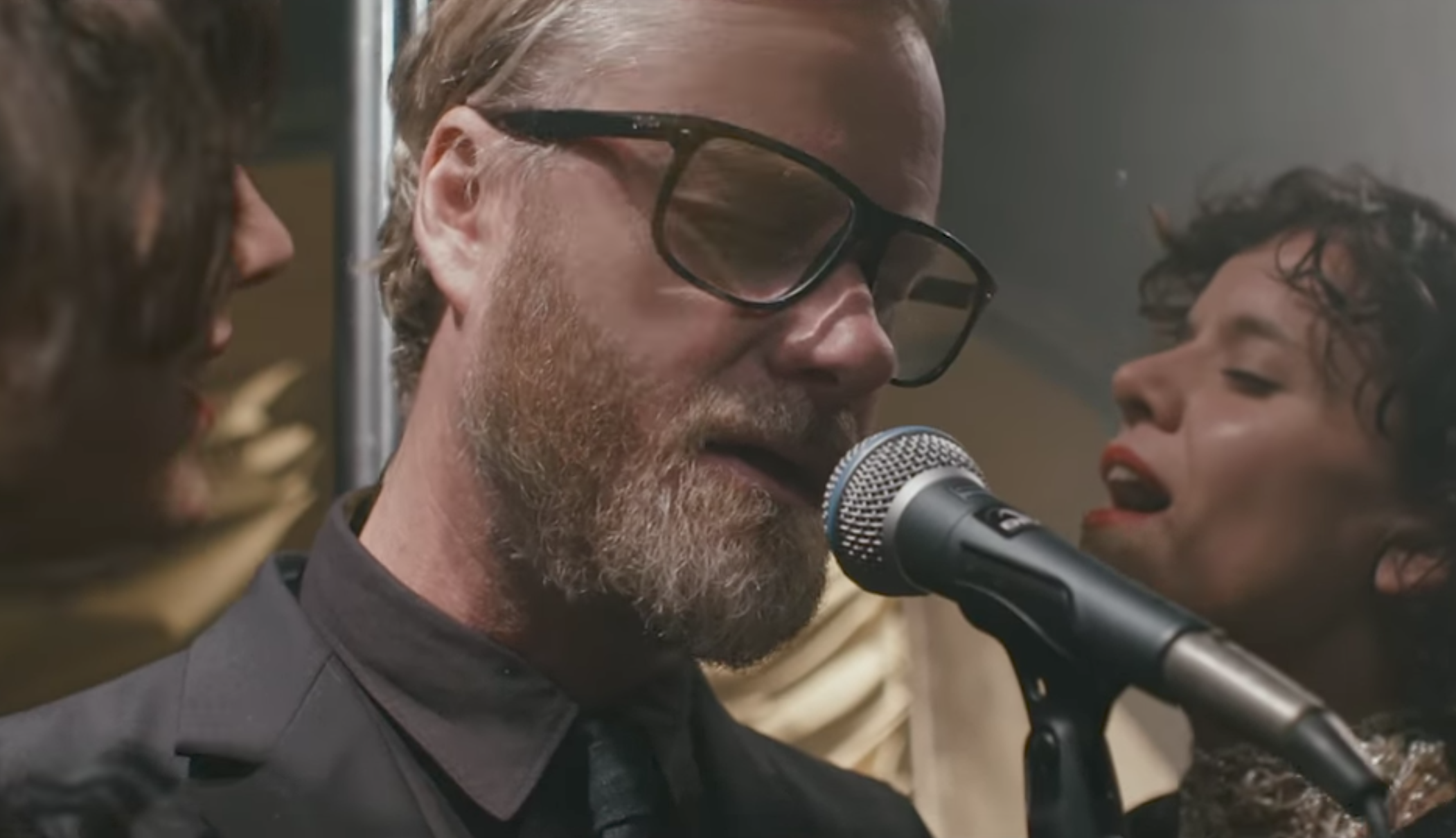 The National have released a new video for the melancholic drum-machine-driven anthem “I’ll Still Destroy You,” a highlight from last month’s Sleep Well Beast. In the surreal clip, directed by Allan Sigurðsson and Ragnar Kjartansson, The National perform on a small stage alongside a stripper pole. Another thing that also takes place on the stage is a striptease of sorts set to Bach’s Goldberg Variations by an unruly nautical gentleman with a corncob pipe and golden underpants. Eventually, the show is christened a party with confetti and champagne spraying, and the crowd takes over the stage during the song’s thundering final breakdown. Watch below.