In an ever-changing landscape of pop music that can be especially unkind to women, Pink has survived Gloria Gaynor-style. Seventeen years after her first Hot 100 hit, Pink is returning this year with her seventh studio album, her first since 2012’s chart-topping The Truth About Love. Throughout the last decade of her career, Pink has crafted a sound that is as at home on Top 40 radio as it is on an adult contemporary station, all without compromising any of her frankness. Here’s what we know about her upcoming album, Beautiful Trauma.

We’ve already gotten a taste of the album through two previously released singles: the dancefloor-filling drama of “What About Us,” and the punchy power-pop of “Beautiful Trauma.” The full thirteen-track album comes out next Friday.

She hasn’t released an album in five years, but her hiatus doesn’t mean she’s gotten rusty. 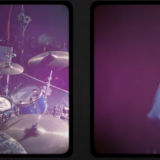 After having her daughter Willow, in 2011, Pink didn’t exactly slow down and take a break. Soon after Willow’s birth, she recorded 2012’s The Truth About Love and went on tour, newborn and all. Pink told the New York Times in a recent feature that the experience “definitely took like five years off my life.” But just as any pop notable would, Pink is bouncing back and keeping up with her contemporaries. In addition to cowriting every track on the album, she’s called upon a cabal of A-list producers to mould her sound for 2017: “Shape of You” mastermind Steve Mac, Max Martin, Tobias Jesso Jr., Greg Kurstin, and frequent Taylor Swift and Lorde-collaborator Jack Antonoff, who she described to Entertainment Weekly as a “quirky Bruce Springsteen-loving rad New Jersey dude.”

But don’t expect her to reinvent the wheel.

Her manager Roger Davies called the album “just a continuation of the previous records.” Looks like we can look forward to more of the female power-anthems and powerful ballads—plus the no-bullshit attitude— that we’ve come to expect from Pink.

Her label warned her she might not make it onto pop radio, which turned out to be wrong.

In that same NYT piece, Pink recalls: “I had the whole sit-down, you know: ‘Just be prepared, they don’t play girls over 35 on Top 40 radio. There are exceptions, but they’re songs, not artists — unless you’re Beyoncé.” With “What About Us” charting at No. 15 on the Hot 100, she clearly sidestepped those predictions.

A short Apple Music film, titled On the Record: P!nk – Beautiful Trauma, will be released alongside the album next week.

On the Record features behind-the-scenes footage from her tour and interviews where the popstar opens up about motherhood and her career. Amusingly enough, in the midst of detailing just how hectic her life is, she mentions her 8-month-old son as “my 8-year-old.”

Pink might not be dressed for the weather on the cover.

I could not be more excited right now. My single comes out today “what About Us” and my new album “Beautiful Trauma” comes out October 13th. I’m certifiably, insanely proud of this album. It’s been a while, and I’m grateful for all the years we’ve had. Looking forward to the next chapter with you.

Between the bedazzled bustier and the reflective puffy jacket, the album art for Beautiful Trauma is giving us seasonally conflicting messages.

Pink is flying solo on this one.

Though Pink might have a track with Eminem in the works, this album is all hers, with nary a “(ft.)” in sight. It’s a rarity in a time of EDM and rap collaborations, but Pink is going at it alone.

With regards to the album title and single, Pink tweeted that life is “f*cking traumatic. But it’s also incredibly beautiful, too.”

And the songs seem to embrace that duality.

The song titles seem to point to both happiness (“You Get My Love”) and heartbreak (“But We Lost It”) alike, but Pink doesn’t plan on bogging down listeners with track after track of melodrama. “There was no other goal than to not have an album full of slow, sad songs,” Pink told Entertainment Weekly.

pink, what we know