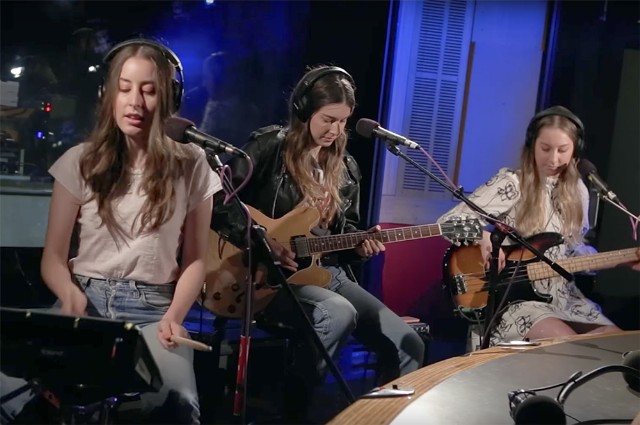 Haim have officially released their cover of Shania Twain’s hit, “That Don’t Impress Me Much.” The sisters recored their stripped-down take on the song this summer during a recording session for Australian radio station triple j, Prior to performing, bassist and vocalist Este Haim expressed the band’s deep admiration for the country star, who released her first album in 15 years just last month: “That’s one of the boxes that you have to tick if you want to date any of us. You have to be a Shania Twain fan.” Listen to their cover below.