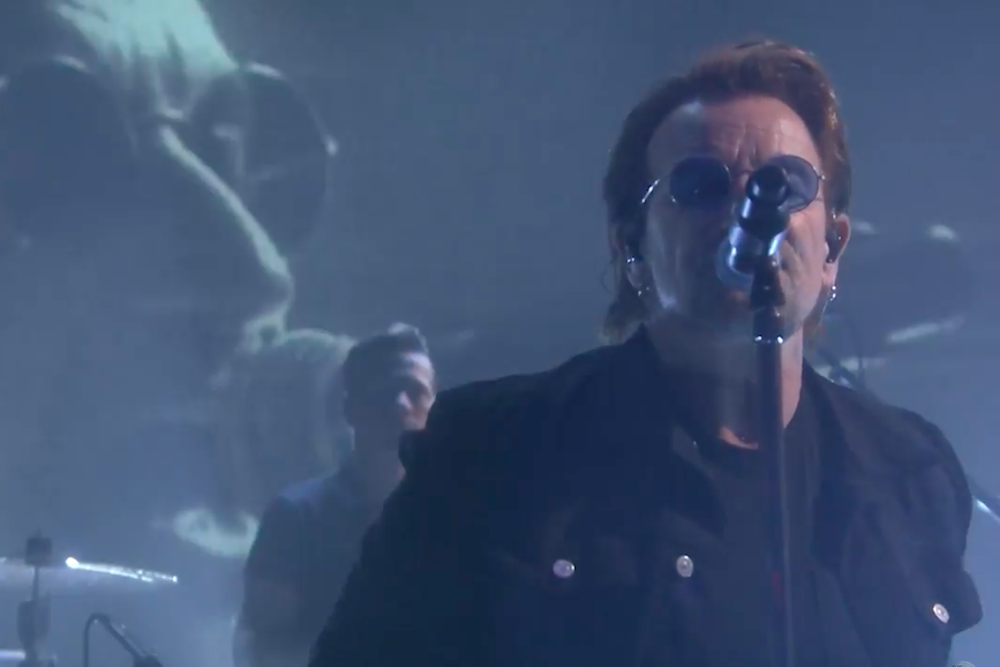 In the middle of their Joshua Tree 30th anniversary tour, U2 stopped by The Tonight Show to play “Bullet the Blue Sky,” from that album, for a visibly very excited Jimmy Fallon and his studio audience. Bono added an extra verse to the song that was clearly about Donald Trump, though he didn’t mention the president’s name–just a guy with “skin as thin as an Orange Crush” who could leave us “vaporized with a single tweet.” Watch it below.