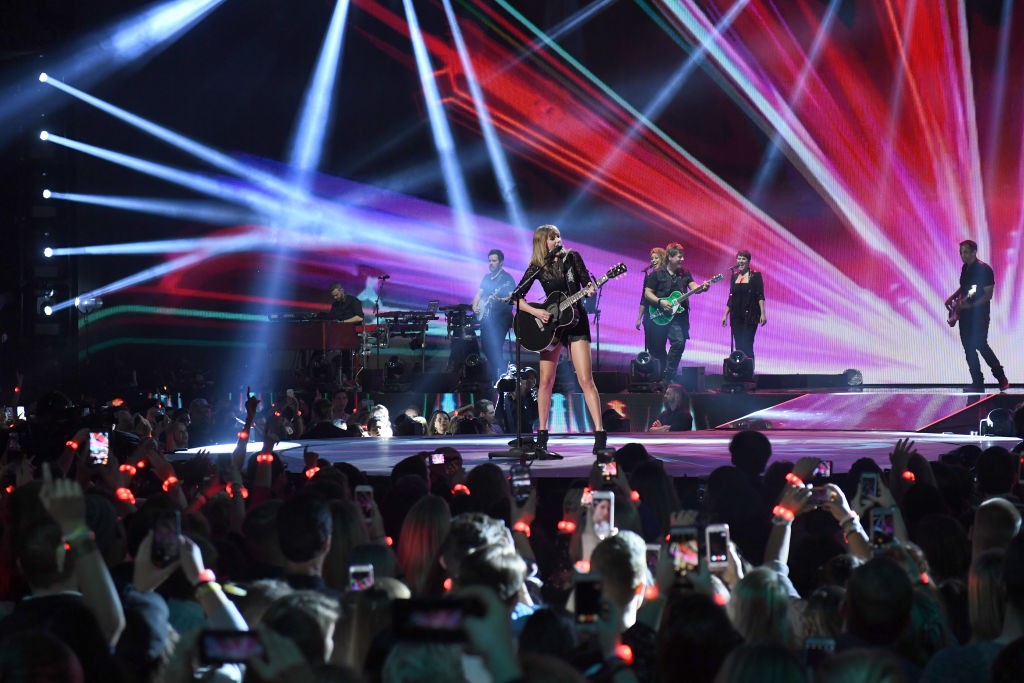 Among the many corporate partnerships tied to Taylor Swift’s upcoming album Reputation is one involving ESPN’s college football coverage. Lead single “Look What You Made Me Do” already appeared in an advertisement for this weekend’s Alabama vs. Florida State game, with second single “…Ready For It?” being teased in a promo spot during that game. Expect that kind of thing to keep happening, according to an ET source, who also claims Swift will perform at the upcoming 2018 College Football Playoff National Championship game in Atlanta.

“She will headline a concert in Centennial Olympic Park during halftime of the game,” the source told ET. “It will be a free concert. ESPN has her booked for the event and has a massive deal to release new music from Reputation through its college football coverage this season.”

ESPN called the report “inaccurate,” saying “there is nothing more to announce at this time.”