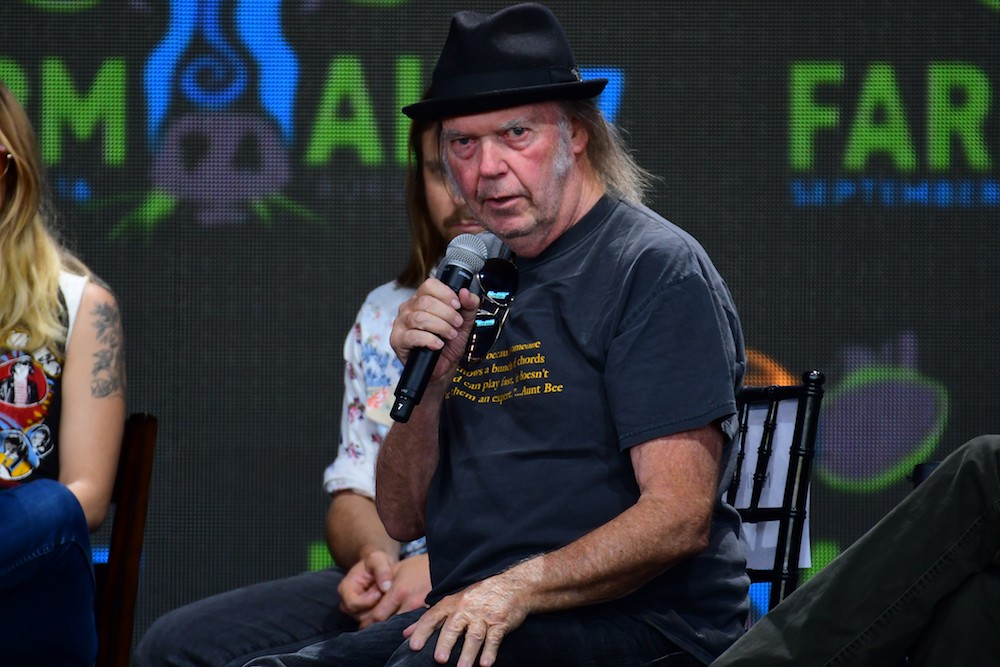 Young has mainly steered away from political comments during his fairly eventful past couple of months, which included the release of his long lost 1976 album Hitchhiker finally saw a public release earlier this month.