Michael Cera Talks “Best I Can,” His New Song With Sharon Van Etten 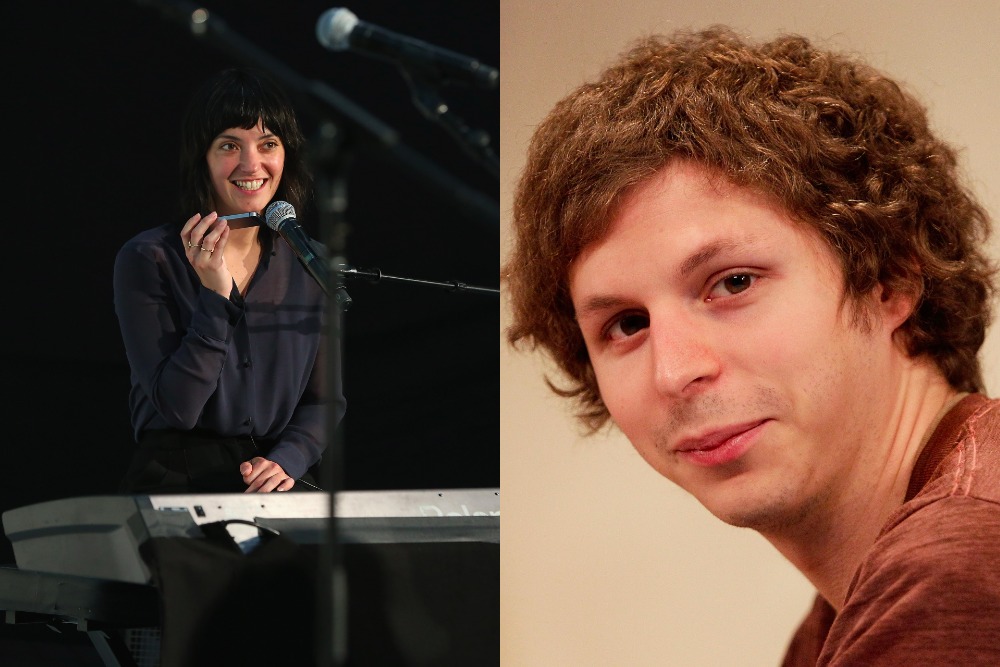 Michael Cera is one of the most beloved millennial actors of the last 15 years, having made his mark in projects like Arrested Development and Superbad and Juno, but he’s also a musician, and one who does his own PR. A few weeks ago, Cera e-mailed SPIN about “Best I Can,” a new song he recorded with Sharon Van Etten for the soundtrack of Dina, a documentary about a couple on the autism spectrum who fall in love.

“Best I Can,” which is out today, is unlike anything Cera has recorded. In 2014, he released true that, an album of sparse, folky bedroom songs that wouldn’t have sounded out of place scoring an indie dramedy. “Best I Can,” however, is all sprightly synthesizers and chipper melodies, filled out by Van Etten’s warm, patient vocal. It was an experiment in writing a pop song, and also in taking a song to the professional limit: Except for the pro quartet who played the violin, Cera performed every instrument, and went through a mixing and mastering process for the first time.

“What was really stunning to me was that I recorded the song, and I kind of had in my head what I wanted it to sound like, and all the different parts and the layers and everything,” he said. “Then, the mastering process brought it to this other level. Recently I heard what it sounded like when I had just sent it off to Mark [Lawson, who worked with the Unicorns and Arcade Fire], and it’s really just night and day. It’s hard to believe how far it came in that process. It was a real educational experience for me, to see where a song can go.” Read our interview with Cera below, and listen to the song. Update (10:54 a.m.): Watch the song’s video via Pitchfork.

How did this song come about?

The way the song actually came into existence was for the movie. I proposed that they let me take a shot at making this eighties pop song thing. They had the song “Only You” in the movie, by Yaz. Do you know it?

I thought, “Well, in case you can’t clear it, why don’t you let me make an original song, and maybe you can use that in that place.” Ultimately, it wasn’t used for what it was made for. But they put it in the credits of the movie, and then I thought it would be nice if the song could have its own kind of life, since it’s not being used there. I was really pleased with how it turned out, with Sharon’s performance, and I wanted to share it.

It’s a lot different from your 2014 album. Were your tastes trending in more of a pop direction?

No, no. It was just that I wanted to really try and give them an option to replace that song with, and have it be out of step with the rest of the music I made for that movie, which was much more simple and scaled down. I liked the ambition of just trying to make a simple, poppy song. It was my first time using a drum machine and sequencing one of those. It was a learning experience for me. It ended up, I think, more or less sticking the landing, especially when Sharon’s voice was put in on it.

Was there anything that surprised you about the process of trying to write a pop song?

It came together surprisingly quickly and effortlessly. For me, if there’s some kind of specific assignment or something, I can generate things a lot more simply than if I’m just exploring and kind of finding my way through something, or trying to write a song just for myself. The song was surprisingly simple in the way that it was written, and then it was just building up the production of it that took time.

How did Sharon get involved?

I thought of Sharon to sing the lead vocal because we shared a space together for a couple of years—like a rehearsal, music space. She was the first person I thought of; she was really kind and said yes.

Where is that space?

It’s in Brooklyn. It’s like a rehearsal space-slash-recording studio. You could theoretically record in there; it’s a little loud sometimes, if there’s a band rehearsing right next door to you. The walls are thin. But you could go in and play the drums all night. That’s the thing I love about it the most is that there’s no noise sensitivity, and you can make a lot of noise in there. Whenever I have friends in town, we’ll go in there and make noise.

How long have you been there?

That’s a good question. I think it’s been like two years or so since Sharon—well, she had it first, and I asked her if I could split the rent with her and join her in there.

How do you balance your different pursuits, as far as music and acting go?

For me, music is not a pursuit, really, in terms of a career or a living. It’s more of an outlet for me and something I enjoy doing. I’ve been playing music with friends and stuff since I was a kid, and I don’t want to lose it. I know a lot of people who used to play music, or used to play an instrument, and then I don’t know—life happens or something, and people kind of fade from it. The guy who taught me how to play guitar—one of my best friends growing up—doesn’t really play music anymore, and I think it’s just because he has a life. It kind of requires nurturing in a way. So there’s no career ambitions for me with music—it’s more of something I like to have as an outlet.

Do you have plans to release an album or go on tour?

I have no designs on anything like that at the moment. But you know, I like working on music when I can and when conditions are right. When I’m at home, basically, because all my stuff is there. Because I don’t have a need, there’s no pressure for me to do anything with music. I can kind of just take my time with it. Maybe someday the efforts will amount to, I don’t know, enough songs that would merit some kind of release together, but I’m not there right now.

I have to ask about the Wally Brando scene on Twin Peaks. What was the direction like for that?

I don’t have anything too interesting to say about that, just because it was really my good fortune that I got asked to do it. It was basically what you see. I showed up and I was working for like two hours and that was it. But it was just an opportunity I never thought I’d have, and something I’m really grateful for, to work with him.

Mostly what was on the page was the direction. The actual direction was very, very minimal. It was just quick. I think he probably approaches things differently depending on what the situation is, but for the scene that I did, it was a very light touch.