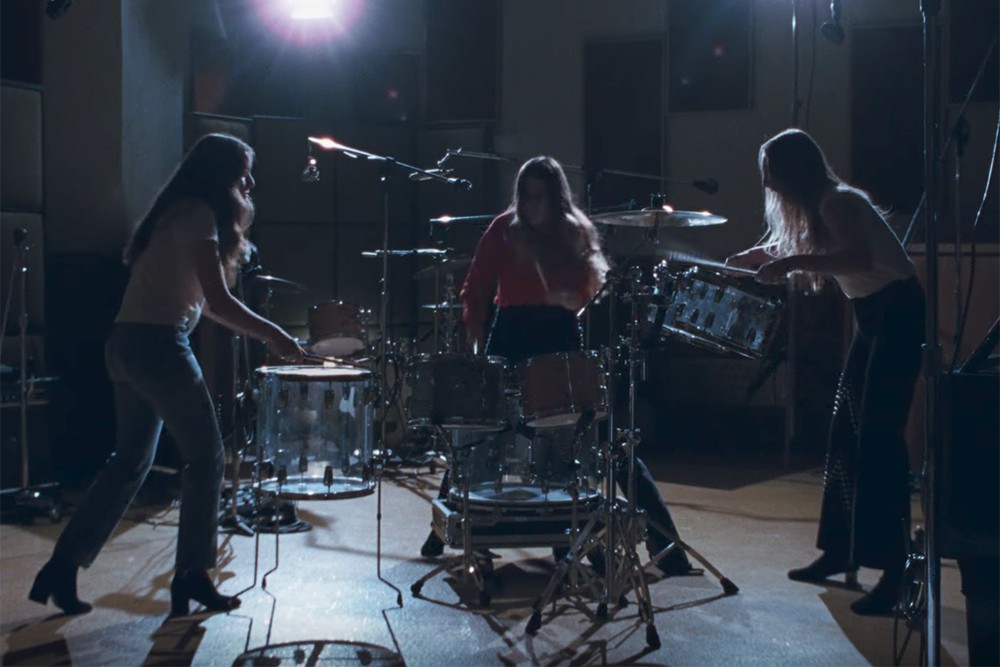 After screening Valentine at Brooklyn’s Alamo Drafthouse this past summer, Haim has released the Paul Thomas Anderson-directed film online. The blue-hued short film features the sisters jamming out in Valentine Recording Studios in Los Angeles, playing songs from their sophomore album Something to Tell You.

In addition to a previously released studio version of “Right Now,” the film also includes performances of “Something to Tell You” and “Nothing’s Wrong.” On Twitter, Haim declared their love for the award-winning director: “We’ve been fans of Paul’s since the first time we saw Boogie Nights on TBS when we were kids…His films are our favorite.”

some words on valentine in case u missed it 🌹 pic.twitter.com/PkazQb4bdr