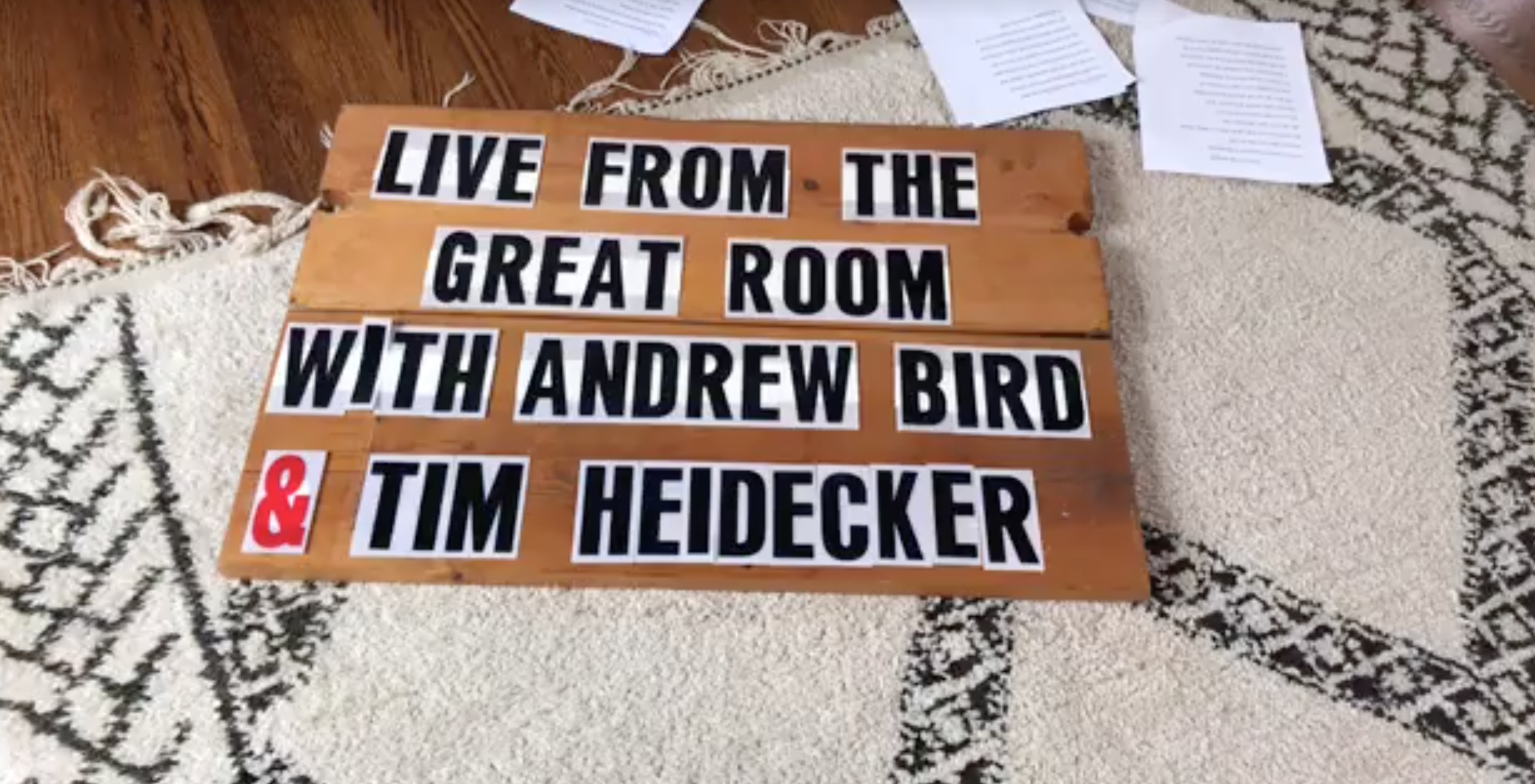 On his live-streaming program, “Live From The Great Room,” experimental pop violinist Andrew Bird has hosted a range of talent, from musicians Esperanza Spalding and Fiona Apple, to comedians Zach Galifinakis and John C. Reilly. Today, fans were treated to the best of both worlds, as comedian-musician Tim Heidecker joined Bird for the afternoon. Heidecker performed his song “Trump Talkin’ Nukes,” then debuted a new song, as did Bird. Watch it below. Heidecker says he plans to release an album of his anti-Trump songs.