The Killers on Why Today’s Rock Bands Aren’t as Popular: “They’re Just Not Good Enough Yet” 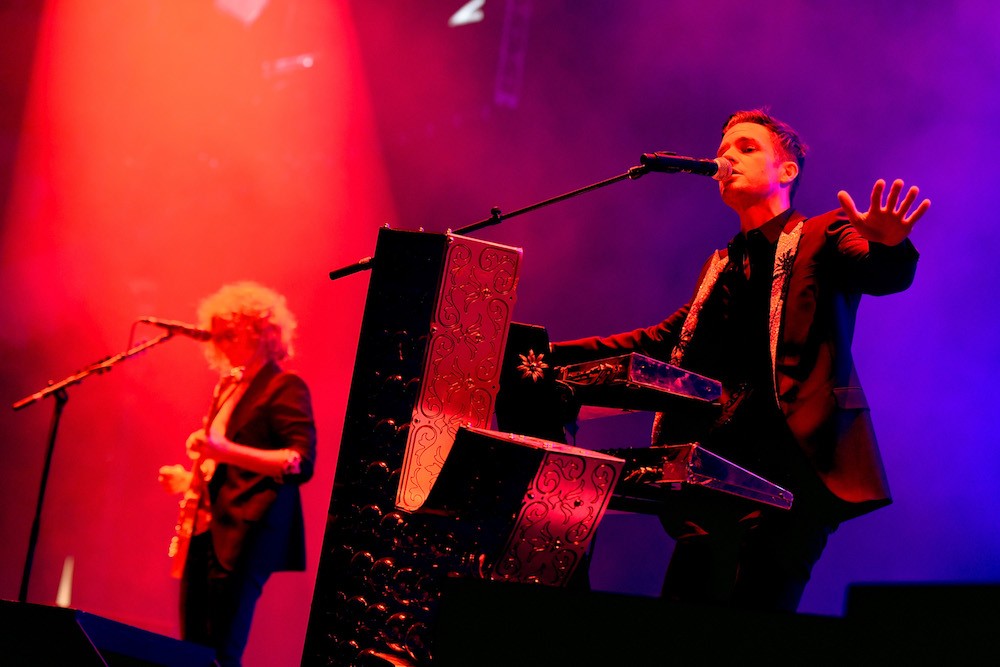 The Killers’ frontman Brandon Flowers and drummer Ronnie Vannucci, Jr. spoke to Noisey about fatherhood, coming out with their first album in five years, and the idea of a rock band going big in 2017, as the saturation of readily available music and the de-centralization of media’s gatekeepers have made it a bit harder for a band to break out into the mainstream in the 13 years since Hot Fuss. According to Flowers, the reason for this is simple: “There hasn’t been anybody good enough.”

Do you think a band like yours could gain similar traction in the present day? |
Flowers: It could happen—but there hasn’t been anybody good enough. If there was a band like the Strokes, or Interpol, people would talk. [Points outside to Brooklyn] If there were some kids out there right now playing “Obstacle 1″ tonight, I would hear about it, you would hear about it.
But there isn’t.

Vannucci, Jr. was there to sharpen Flowers’ blow: “People are very quick to blame a changing of the times for a lot of things, when it’s really that they’re just not good enough yet.”