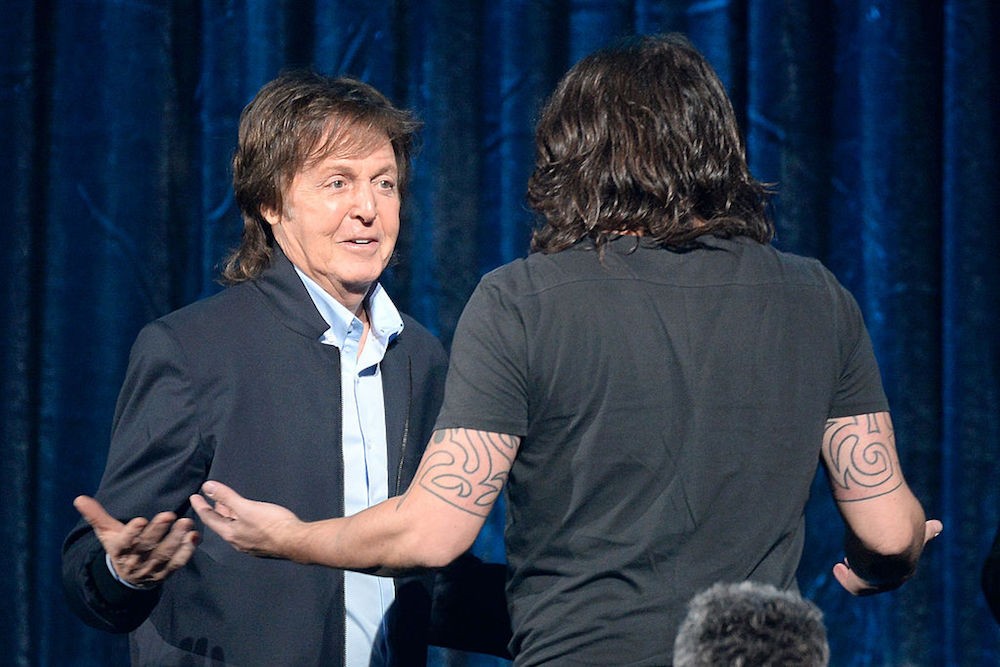 The Foo Fighters’ new album Concrete and Gold is out in September, and Dave Grohl has built a lot of hype surrounding the surprise guests who will be featured on the album. One of them is allegedly “the biggest pop star in the world,” as Grohl told Annie Mac on BBC Radio 1 last month, though he later clarified to Rolling Stone that the star isn’t Adele or Taylor Swift.

Now, it’s been revealed that Paul McCartney has also had a hand in the album, playing drums on one of the songs. “He’s a pal,” Grohl told ET Canada. “We’ve known him for a long. He’s great”

“He hadn’t even heard of the song,” drummer Taylor Hawkins added. “He comes in and Dave picked up an acoustic and showed him real quick. He sat on his special drum set that his tech set up for him. I sat there with a drumstick conducting. He did two takes.”

So, if you’re looking for a drummer to nail a song in two takes, look no further than former Beatle, Paul McCartney. Concrete and Gold is out September 15th. [Consequence of Sound]